Governor Ige further addressed his position on Syrian refugees during a press conference this afternoon in which he reiterated that his, “first and foremost priority, as always – as it is President Obama’s and virtually every other governor across the country – is the safety and security of our people.”

“I believe this Syria issue is not of my making.  It is certainly not anything that I spent any significant time on, other than responding to media requests,” said Gov. Ige.

He noted that Hawaiʻi does participate in a refugee relocation program that is run by the United Nations and the State Department, but stated that he does not have the authority to say ‘yes’ or ‘no’ to participating.  “That decision is made at a different place; but I do know that our community does welcome newcomers to our islands,” he said.

“For the last decade, in 10 years, 21 refugees have been relocated to our community here in the state of Hawaiʻi and zero are from Syria,” said Gov. Ige during Tuesday’s press conference.

“I’m not aware of any specific efforts or plans to relocate Syrian refugees to Hawaiʻi, but there has been none in the past decade,” said Gov. Ige.

According to Ige, the White House provided information saying that since 2011, there have been 23,000 requests for refugee status admissions referred from the United Nations, which serves as the first point of demarcation.

Of those 23,000, just over 7,000 made it through the initial screening process that includes background checks an intensive interview process, and extensive vetting through various agencies, including Homeland Security, the FBI and law enforcement.  In the end, Gov. Ige said, fewer than 2,000 were actually granted access to the US.

The governor further explained that the US has nine non-government organizations (private sector organizations, six that are faith bases) that serve as agents that deal with refugee relocation.  According to the governor, the State Department has two primary criteria for placing refugees: (1) they must have a sponsor such as a relative or community group that support them or their family; and (2) there must be a cultural network to support them in the community that they are being relocated to.

“I do understand that it is a different world that we live in today–that the specter of terrorists are reaching into each and every community… It’s a real possibility, regardless of all of our efforts to keep our communities safe,” said Gov. Ige.

He continued, “We have to work to offer those as appropriate, the opportunity to flee from terrorism and war and oppression.  These refugees really are mothers and fathers and children that have been through horrific ordeals in their countries.”

When Gov. Ige released his statement extending Aloha to Syrian refugees yesterday, he said he did not expect the reaction that was received.  “Quite frankly, I was busy with homelessness and the budget and priorities such as the state financial plan and strategic plan, but you know, a governor’s day is never boring,” he said.

“I suppose in hindsight I probably should be thoughtful about my statements, but I understand that there are concerns about the safety of our communities.  I was horrified by the actions taken in France last week and I think a lot about whether that can happen in Hawaiʻi, or anywhere else in the United States, or anywhere else in the world for that matter,” said Gov. Ige.

“I do understand that, but I also understand what happens when a community, for whatever reason, is discriminated against… with no basis.  Japanese Americans were interned after the war and their property was taken, so it really is about remembering our community–that the overwhelming majority of our community, of the world communities, are hard working, peace-loving people, and that these terrorists are really on a war against humanity and they do want to inflict and create terror in the minds of average citizens.  It’s unfortunate, but that’s the world we live in,” he said. 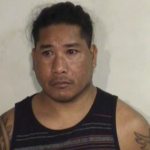 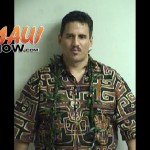 Musician Arrested at Kahului Airport on Suspicion of Drug Offenses