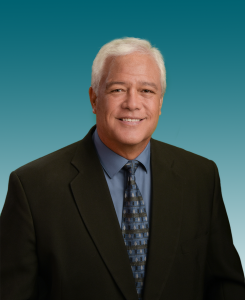 “With the support of family, friends, and long standing supporters throughout Maui County, I’m excited to once again earn the trust of our citizenry to serve our community,” said Kane. “I bring a candidacy of experience—an understanding of the complex inner workings of county governance, and in particular, county legislative governance—and have consistently demonstrated an ability to work with my peers to accomplish important objectives. My focus and commitment will be to further our community’s interests with a sense of fairness, dignity and respect.”

He successfully introduced legislation that provided tax relief for middle-income homeowners, proposed that residents be given preference for affordable housing and authored the 2002 law banning smoking in all of Maui County’s restaurants.

Kane has been a strong proponent of strengthening the county’s core services. This includes supporting initiatives of the Maui Police Department and the Department of Fire and Public Safety, and strongly advocating for the preservation of the islands’ water resources.

In 2004, Kane took a leadership role in securing approximately $500,000 in federal funding to help resolve the Upcountry water contamination problems.

Additionally, in 2006, Kane initiated a $7 million appropriation to acquire the Na Wai Ehā Watershed area in coordination with the Office of Hawaiian Affairs and Earthjustice.

During his council terms, Kane also served as the council’s representative on the Hawai‘i State Association of Counties from 2001 through 2006, acting as its secretary, vice president and president.

He also served as HSAC’s representative on the National Association of Counties, Western Interstate Region, from 2004 through 2006, and as a NACo presidential appointee to the Justice and Public Safety Steering Committee in 2003.

Since leaving office in 2006, Kane was hired by the Maui County Council to serve as its legislative liaison at the Hawai‘i State Legislature for the 2007-08 legislative sessions, to deal with legislative proposals that had potential impacts on county issues. He has been self-employed as a public relations and government affairs consultant since 2007.

Kane continues to be active in the community through his wholesale farming activities, serving as president of the Wailuku Country Estates Community Association, and serving in various capacities with the Maui County and Hawai‘i State Democratic Party.

As a former competitive swimmer from grade school through college, Kane has been especially involved with the swimming community.

Kane resides in Wailuku with his wife of 28 years, Maui native Wendy (Takaki) Kane. They have three grown children: Davis, Jaimelyn and Mika‘ele.

“I have been approached and encouraged by many people throughout the county, to get back in to public service again,” said Kane. “I am offering the voters of Maui County a candidacy of integrity, which will provide consistent, reliable and effective leadership.”

For more information about Kane and his campaign, visit dainkane.com or call 280-1980. 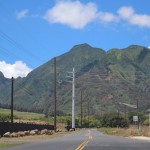 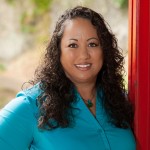