Robert Cazimero to Perform at The Shops’ Wailea Le‘a 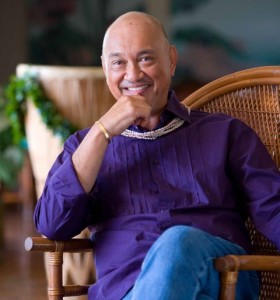 Robert Cazimero. Photo provided by The Shops at Wailea.

Internationally acclaimed and award-winning Hawaiian entertainer, musician, composer and kumu hula Robert Cazimero will perform on Wednesday, Feb. 17, from 6:30 to 8 p.m. at The Shops at Wailea’s monthly Wailea Le‘a event at the fountain courtyard.

Robert’s elegant voice is distinctive and memorable, whether he performs solo with his piano or a duo performance with his brother, Roland as The Brothers Cazimero. Throughout his career in the entertainment world, recording has always played an important role, where he collectively (as part of The Brothers Cazimero) and individually released over 30 albums over the past three decades.

Last year, he was an inductee into the Hawaiian Music Hall of Fame.

Robert is a prolific composer. Many of his compositions have become classics, including Pane Mai, My Sweet Pïkake Lei and E Ku‘u Lei,

Robert’s talents also extend beyond composing, playing and performing music—he is also revered as one of Hawai‘i’s most respected kumu hula.

An enhancement to this memorable performance will include menu samplings from the center’s restaurants and eateries—Tommy Bahama Restaurant, Ruth’s Chris Steak House, Lappert’s Ice Cream and Honolulu Cookie Company.

The Cos Bar station will offer makeup touch-ups.

For this event four-hour parking is offered for $1 with the proceeds going to Maui Food Bank.

For more information about The Shops at Wailea, go online. 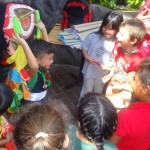 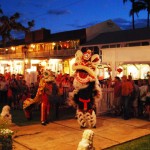 Celebrate the Year of the Monkey in Lahaina Feb. 12