Santana Returns to The MACC March 5

Among many other honors, Carlos Santana has been cited by Rolling Stone as #15 on their list of the “100 Greatest Guitarists of All Time.”

With the 2014 release of Corazón, Santana surpassed the Rolling Stones and is one of only two music acts in Billboard history to score at least one Top Ten album for six consecutive decades from the 1960s on.

Santana is currently headlining a multi-year residency at House of Blues at Mandalay Bay Resort in Las Vegas.

In the fall of 2014, Carlos released his memoir, The Universal Tone: Bringing My Story to Light, a profoundly inspiring tale of spiritual commitment and musical fearlessness that does not balk at finding the humor in the world of high-flying fame, nor at speaking plainly of Santana’s personal revelations, and the divine and infinite possibility he sees in each person he meets. 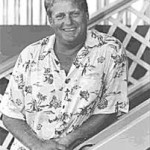 JD on the Rocks to Play at Rotary St. Patrick’s Day Party 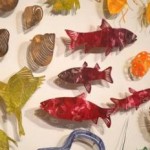