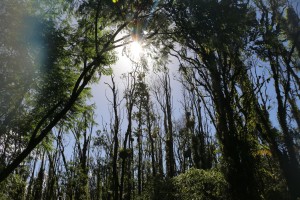 With more than 30,000 acres of ‘ōhi‘a forest on Hawai‘i Island now impacted by Rapid ‘Ōhi‘a Death, US Senator Mazie Hirono is urging the US Forest Service to do more to combat the disease. 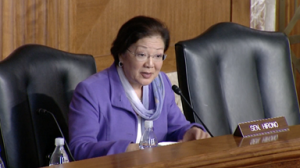 US Senator Mazie Hirono. Courtesy photo: Office of the senator.

“We depend on the expertise and what the Forest Service brings to the table,” said Senator Hirono during the hearing. “The ‘ōhi‘a makes up 80% of our native forests and is ecologically and culturally the most important native plant in Hawai‘i. On-the-ground personnel are trying to answer several critical questions about this disease, including transmission and resistance. We still need the resources to do the proper investigations and research.”

Chief Tidwell acknowledged collaboration between the US Department of Agriculture’s Agricultural Research Service and the University of Hawai‘i, and laid out the need to continue research into the cause of Rapid ‘Ōhi‘a Death and eradication methods. Senator Hirono also thanked Chief Tidwell for the Forest Service’s commitment to Hawai‘i’s Collaborative Landscape Proposal, Island Forests at Risk.

The USFS Fiscal Year 2017 budget includes more than $32 million for invasive species research, $4 million for the Ho‘omau and Helemano Wilderness Area, and continued funding for Island Forests at Risk. 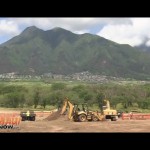 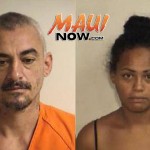 Update: Two on Maui Wanted for Questioning in Criminal Investigation