The National Weather Service has issued a Flood Advisory for the Island of Maui until 6:15 p.m.

At 3:20 p.m., radar showed several areas of nearly stationary heavy rainfall on Maui. One area of heavy rain was affecting the Windward West Maui Mountains from Kahakuloa to Waiehu, with another area over the Leeward Slopes of Haleakalā, upslope from ʻUlupalakua.

Other less intense rainfall was reported over windward Haleakalā near Hāna.

The NWS reports that rain rates in the heaviest showers will be between one and two inches per hour.

Locations in the advisory include, but are not limited to: Waiheʻe, Keōkea, Mākena and Wailea.

The public is advised to stay away from streams, drainage ditches and low-lying areas that are prone to flooding. Motorists and pedestrians are reminded not to cross fast flowing or rising water in their vehicle or on foot. 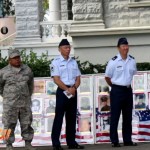 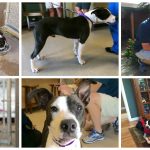