The Moloka’i Ka Hula Piko Festival is celebrating it’s silver anniversary this year. The event will take place at Kualapu’u Park on the island of Molokai. View the video above with Maui Now’s Malika Dudley for her interview on Molokai with Madonna Dizon.

This year’s Ka Hula Piko festival will run from June 2nd to 4th. Ka Hula Piko started in 1991 as a collaboration between the Molokai Visitors Association and Kumu Hula John Kaimikaua. The 2016 festival marks not only the 25th year of Ka Hula Piko, but also the 10th year of Kumu John’s passing.

Today the festival is organized by Halau Hula o Kukunaokala under the direction of Kumu Hula Elsie Ryder and haumana of the late Kumu Hula Rachel Kamakana of Hula Halau o Molokai. This year’s celebration is funded in part by grant monies received through the Maui County Office of Economic Development Kuha‘o Business Center.

Each year a unique cultural theme is selected by Halau Hula o Kukunaokala. The theme this year is Kū Nā Kāula Iwi Lae O‘o O Moloka‘i, translated as Firm are the Upright Expert Prophets of Moloka‘i. In pre-Western Hawaii, prophets were highly regarded, and their prophecies heavily influenced and even governed the lives of the people. The halau will go deeper into this aspect of Hawaiian culture during Friday night’s activities.

Ka Hula Piko happens over a three-day period from Thursday to Saturday, starting with huaka‘i, lectures or workshops, and culminating with a ho‘olaule‘a, which takes place at Kualapu‘u Rec Center. This year’s events leading up to the ho‘olaule‘a include a visit to Ka Ulu Kukui O Lanikaula, a screening of the video “Molokai Ka Hula Piko,” hosted by ALU LIKE, Inc., Akaku and Sustainable Molokai and a panel discussion with Kumu Hulas Niuli‘i Heine and Hokulani Holt-Padilla.

Although the ho‘okupu ceremony is now by invitation only, Ka Hula Piko is a family-friendly festival that is FREE and open to the public. Since its inception, the ho‘olaule‘a only offers food and crafts that are Made on Molokai.

More details are available at kahulapiko.com or in the recent issues of The Molokai Dispatch. 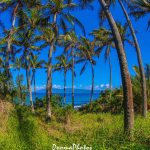 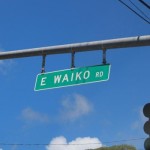