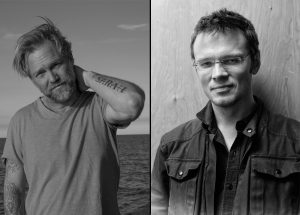 Anders Osborne and Luther Dickinson image provided by The MACC.

Osborne and Dickinson will take the stage in a manner rarely seen for these artists; they normally front powerhouse bands, but at The MACC, they will perform as a duo, with only their guitars and voices.

Osborne long ago earned his status as New Orleans’ favorite son—raised on the deep soul and diverse sounds of the Crescent City since his teens, and long celebrated as a beacon for passionate, full-hearted living and performance with many knockout concerts and albums year after year.

Dickinson, with 20 years of high profile work, including nine albums with the North Mississippi Allstars, has become one of the seminal voices of American roots music—regularly earning Grammy nominations for his own albums and requested by legendary artists (The Black Crowes, John Hiatt among others) to participate in their recordings and tours.

This will be their first performance ever on Maui. This concert promises to be “a rambunctious ride through the many great faces of American song—folk, rock and funk intermixed with blues.”

If you’ve ever tapped your toe to a beat or felt your skin creep upon hearing a tale sung from the soul, then Anders and Luther’s Maui debut is a show you will not soon forget.

Mana‘o Hana Hou Radio fundraiser: $1 of every ticket purchased goes to the station. 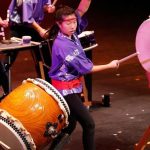 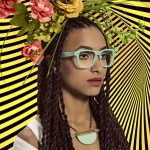 Esperanza Spalding 'D+Evolution' at The MACC