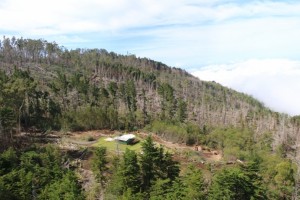 DLNR Division of Conservation and Resources Enforcement officers cited one juvenile and nine adults: they each face multiple charges, including prohibited motorized vehicle operation in a non-designated area; prohibited operation of non-four-wheel-drive vehicle; and several counts of vehicle and transportation prohibitions for unlicensed, untaxed and no plates.

The dirt bikers allegedly accessed the forest reserve by trespassing through private property.

“Our Maui officers have been receiving on-going complaints from hikers, hunters and mountain bikers about illegal motorcycle riding on trails designated for foot or mountain bike traffic only,” said Acting DOCARE Enforcement Chief Jason Redulla. “Hikers report having to jump off the trail due to a motorcyclist operating illegally. Areas of cultural significance are being damaged and natural resources are being negatively impacted.”

“Some social media postings are painting DOCARE’s actions in a negative light and the dirt bikers as victims,” Redulla commented. “Our officers are sworn to uphold the laws, rules and regulations, designed to protect public safety and the natural and cultural resources of Hawai‘i. To suggest, their actions, based on public complaints, is somehow wrong, is quite simply, not accurate.” 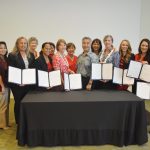 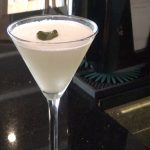 Triple Happiness at The Brasserie in Kīhei