At 7:38 a.m. Sunday, September 18, 2016, firefighters responded to Kaanapali Parkway for a runner that reportedly collapsed and was unresponsive at the Maui Marathon in Kaanapali.

A Lahaina fire crew arrived at 7:43 a.m. and found a 71-year-old man laying on the ground at the finish line. Marathon workers were tending to the runner and had performed CPR on the man prior to firefighters’ arrival. It was reported that the man regained a pulse after receiving a shock from an Automated External Defibrillator administered by race medical staff.

EMS personnel arrived and stabilized the man before transporting him to Maui Memorial Medical Center in critical condition.

The runner’s hometown was not available. 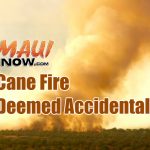 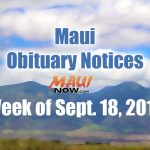