Fire crews in West Maui responded to a 15 acre brush fire in the Olowalu-Ukumehame area mauka of Honoapiʻilani Highway at 7:56 a.m. Wednesday, Nov. 23, 2016.

Lahaina firefighters were on scene at 8:12 a.m. on Wednesday, and found a quarter acre brush fire on a ridge, a half mile up the West Maui hillside, just Lahaina side of Ehehene St. Fire trucks could not make access to the fire because of steep terrain and abandoned vehicles blocking a dirt road off of Honoapiʻilani Hwy.

FSC Taomoto said gusting winds fanned the fire front which quickly picked up speed and threatened to burn its way to the highway.

At 9:30 a.m., Maui County put out an early advisory informing motorist traveling to and from the West Maui area of the brush fire, and the possibility of a road closure if fire crews could not contain the fire.

“Air 1 and Air 2 were dispatched and played a key role in preventing the fast moving brush fire from spreading towards the highway, which would have forced a complete shutdown of the main artery into West Maui,” said FSC Taomoto.

At 10:45 a.m. firefighters gained the upper hand and Maui County put out an updated advisory that fire crews did not anticipate any road closures.

The cause of the fire is still being investigated. No homes were damaged or threatened and no injuries were reported.

A battalion chief and crews from Lahaina, Nāpili, Kīhei, Wailea, and Kahului responded to the fire. 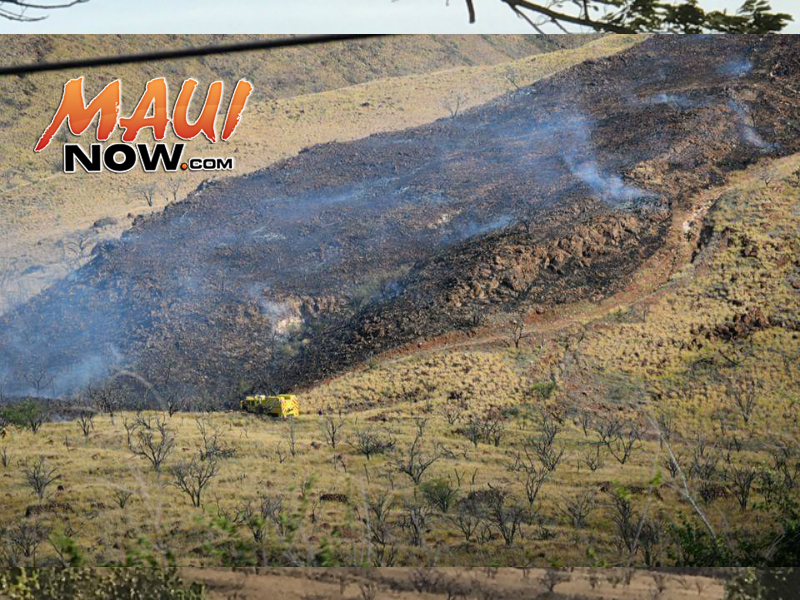 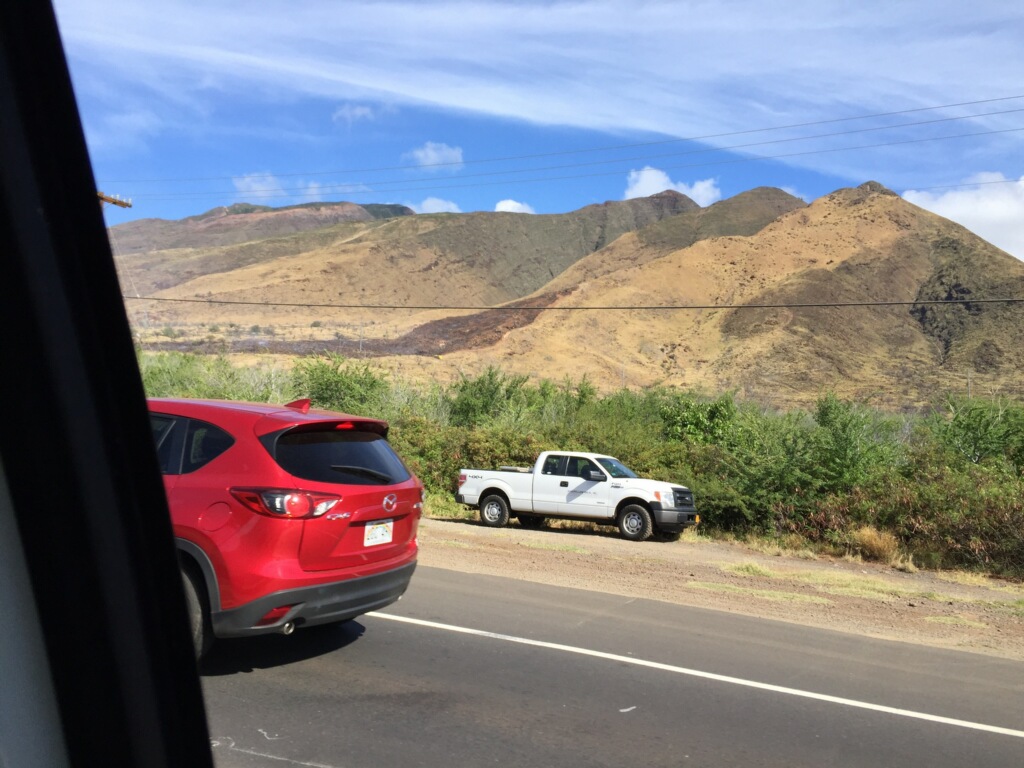 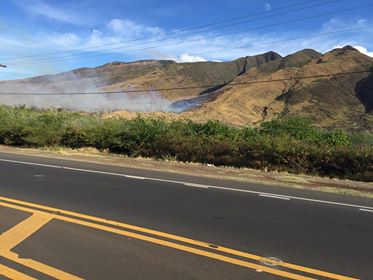 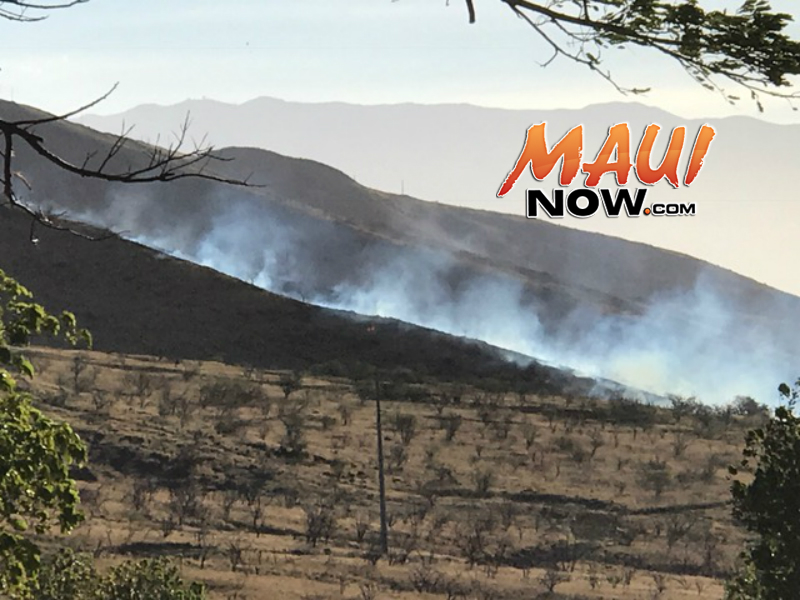 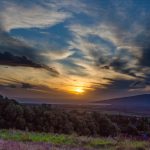 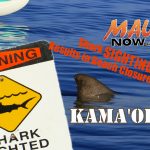