Leading up to the start of the SBS Tournament of Champions, tournament officials are highlighting each of the qualifiers for the winners-only event.

Each spotlight recaps how each qualified player earned his way into the prestigious field at the SBS Tournament of Champions when the event returns to The Plantation Course at Kapalua from Jan. 4-8, 2017

This installment of the Countdown to Kapalua looks back on 2016 victories by Dustin Johnson, Tony Finau, Aaron Baddeley, Greg Chalmers, Jim Herman and Charley Hoffman.

One of the most talented players on the PGA TOUR, Dustin Johnson, will tee it up at The Plantation Course at Kapalua, earning his way into the winners-only field through three victories, including his first major championship win at the U.S. Open at Oakmont. Johnson also captured two other wins at premier events, the World Golf Championships-Bridgestone Invitational and the BMW Championship during the FedExCup Playoffs. Those three victories, and 15 top 10s in 22 starts, earned him Player of the Year honors for the first time.

In six previous starts at the SBS Tournament of Champions, Johnson has a sterling four top 10s, including his win at the 2013 event that was shortened to 54-holes due to weather.

U.S. Open
Johnson has played well in major championships throughout his career, nearly achieving victories multiple times before his breakthrough in 2016 at the U.S. Open at Oakmont.

Trailing the leader, Shane Lowry, by two entering the final round, Johnson played a steady final round of 69 to secure a three stroke win for his first major championship. Standing tall despite rules questions during the round, Johnson displayed brilliance on the 72nd hole, firing a laser at the final pin from 191 yards with a 6-iron.

“I couldn’t be more excited, more happy and more proud of myself, especially with the things that happened last year at the U.S. Open on the 18th hole, you know, to come back this year and to get it done,” Johnson said in a press conference following his win.

World Golf Championships-Bridgestone Invitational
Johnson’s second win of the year came against an elite field at the World Golf Championships-Bridgestone Invitational at Firestone Country Club (South) in Akron, Ohio. With his wins in 2016, Johnson has now won at least once on the PGA TOUR in each of his first nine seasons, the TOUR’s best current streak. By comparison, Tiger Woods won in his first 14 seasons, from 1996 to 2009.

Johnson’s win at Firestone was punctuated by weekend rounds of 66-66 in tough scoring conditions. He has now won three career World Golf Championships, joining Woods (18) and Geoff Ogilvy (3) as the only players with three or more wins in the series.

BMW Championship
Johnson’s march toward Player of the Year was solidified by his performance at the BMW Championships, the third event of the FedExCup Playoffs.

At Crooked Stick Golf Club in Carmel, Indiana, Johnson fired a Sunday 67 to lock up his third win of the year and 12th of his PGA TOUR career. He finished the event at 23-under, breaking the 72-hole tournament record of 22-under shared by Tiger Woods and Jason Day.

The win put Johnson in rare company as only the second player to win a major championship, World Golf Championships event and a FedExCup Playoffs event in the same season, joining Woods, who accomplished the feat in 2007.

“Obviously, my performance this week was fantastic. It’s a big event, it’s a playoff event, and a lot of guys around the lead. I played some really good golf the past four days. It was four really solid rounds.”

American Tony Finau will be making his first appearance at the SBS Tournament of Champions, earning his way into the field via his win at the Puerto Rico Open.

Finau has Tongan and Samoan ancestry, and his Polynesian roots has helped him feel a connection to the Hawaiian fans in the past, as he has played in two Sony Opens in Hawaii.

Finau’s win at the Puerto Rico Open didn’t come easy, as he needed to make birdie on the third playoff hole to defeat Steve Marino. But in the end, the 26 year old claimed his first PGA TOUR victory and a ticket to Kapalua.

“I think I’m still a little bit overwhelmed,” Finau said after his win. “It probably hasn’t all sunk in.”

Despite being 11 shots off the lead after 36 holes, Australian Aaron Baddeley was able to finish with rounds of 64-66 to earn his way into a playoff with Si Woo Kim, which he won on the fourth extra hole with a 28-foot birdie putt.

The win was the fourth of Baddeley’s PGA TOUR career and first since the 2011 Genesis Open.

“My phone kept blowing up,” Baddeley said. “It was pretty cool to see how many reached out, took the time to shoot me a text.”

It took 386 career starts, but the first career win for Greg Chalmers was worth the wait, as he followed a bogey at the 71st hole of the Barracuda Championship with a convincing eagle-three at the par-5 closing hole. Prior to the win, Chalmers was the active player on the PGA TOUR with the most starts without winning an event.

But he was able to punch his ticket to the SBS Tournament of Champions by winning the only PGA TOUR event that uses the Modified Stableford scoring format.

“It was just a matter of time,” Chalmers said. “I hoped it wasn’t 386 events, but it’s hard, it’s hard to win and I’m very thrilled and very pleased to get it done this week. It was a tough — I knew today would be difficult. And we had difficult conditions. I was blessed I think that guys found it tough just the same as I found it tough.”

The journey to Kapalua and the SBS Tournament of Champions was not an easy one for journeyman Jim Herman. The 38-year-old American failed to keep his PGA TOUR card in 2011, 2013 and 2014 and became overwhelmed with doubt following the 2013-14 season.

Despite being a collegiate All-American at the University of Cincinnati, Herman’s road to the PGA TOUR was filled with setbacks that he overcame with perseverance.

It was that journey that made Herman break down when he closed out his final-round 68 for a one-shot win over Henrik Stenson at the Shell Houston Open, qualifying him for the SBS Tournament of Champions.

“It’s a whirlwind. This is crazy. So, I’ve dreamt of this for a long and now it’s here. So I’m going to enjoy it.”

American Charley Hoffman is no stranger to Kapalua, making three previous appearances. When he closed out his one-shot victory over Patrick Reed at the Valero Texas Open, Hoffman punched his fourth ticket to the SBS Tournament of Champions, where he will try to improve on his T14 finish in the 2015 event.

In Hoffman’s four PGA TOUR wins, he has come from behind in each instance, shooting a final-round 69 at the Valero Texas Open to erase a two-shot deficit heading into Sunday.

“I knew I was close coming the back-9 and I knew I needed to still make a few birdies to have a chance and I was able to make a few coming in with a couple par saves and this feeling never gets old getting in the Media Center doing interviews. This is the fun part of golf.”

Tickets for the SBS Tournament of Champions are available at PGATOUR.com/TOC or via Ticketmaster. Birdies for the Brave® is proud to support complimentary and discounted military ticketing as they do throughout the PGA TOUR season. Fans are also reminded that up to three children, ages 18 and under are admitted free of charge with every one paid adult (applies to grounds access only).

The 2017 SBS Tournament of Champions returns to The Plantation Course at Kapalua Jan. 4-8. All four competitive rounds will be broadcast on Golf Channel. Follow the tournament on Facebook at www.facebook.com/PGATOURTOC or Twitter @PGATOUR_TOC to get updates and a behind-the-scenes look at the tournament preparations. 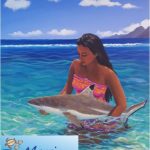 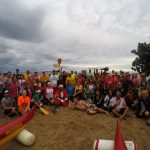 $3,810 in Donations and Toys Collected at 1st Annual Paddle For Keiki