House Speaker Joseph M. Souki today announced support of Medical Aid in Dying in Hawaiʻi, and declared his intent to introduce a bill this Legislative session to decide the issue.

Supporters of medical aid in dying say it is an end-of-life medical practice in which a terminally ill, mentally capable individual who has a prognosis of six months or less to live requests, obtains and—if his or her suffering becomes unbearable—self-administers medication that they say brings about a “peaceful death.”

Mary Steiner, Campaign Manager, Compassion & Choices Hawaiʻi responded to the news saying, “We commend Speaker Souki for his support of a bill to authorize Medical Aid in Dying in Hawaiʻi. Recognizing his honored guest, stage 4 terminal cancer patient and aid in dying advocate John Radcliffe, in his speech today Speaker Souki said, ‘At times, our compassion can also be severely tested. Nowhere is this more evident than in recent discussions about whether Hawaiʻi should allow Compassionate Care or the right to Die with Dignity. Those who are suffering from a terminal illness and are of sound mind should be given the opportunity to decide how they will end their own lives. Therefore, I will be submitting a bill this session to decide the issue.’

Compassion & Choices Hawaii will host a Public Education Forum on Medical Aid in Dying on Tuesday, Jan. 31, from 5:30 to 7 p.m. at the Hawaiʻi State Capitol Auditorium. Attendance is free. 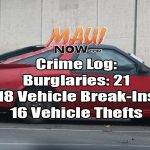 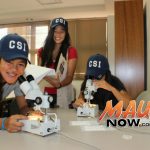