Under the settlement, Matson has agreed to pay a civil penalty of $725,000.

From Sept. 8 to 10, 2013, Matson spilled approximately 233,000 gallons of sugarcane molasses into Honolulu Harbor during ship-loading activities.

The spill occurred from a section of pipe that the Hawaiʻi Department of Transportation found was leaking in 2012, and reported to Matson. The EPA notes that the molasses discharge killed approximately 25,000 fish in the harbor and damaged coral reefs in the area. Matson no longer ships molasses from Honolulu Harbor.

Today’s civil action by EPA follows a January 2015 criminal action taken by the US Attorney’s Office against Matson, in which Matson paid a $400,000 fine plus restitution of $600,000 after pleading guilty to criminal charges of unlawfully discharging molasses into Honolulu Harbor.

Under the terms of the plea agreement, the restitution was divided equally between the Waikiki Aquarium to support coral reef programs and invasive algae cleanups and Sustainable Coastlines Hawaiʻi to inspire local communities to care for coastlines through beach cleanups.

In 2015, Matson also reached an agreement with the State of Hawaiʻi to cease transporting molasses through Honolulu Harbor, remove the molasses distribution system, pay for re-growing corals that were damaged or destroyed, and reimburse related cleanup costs. 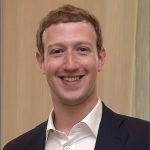