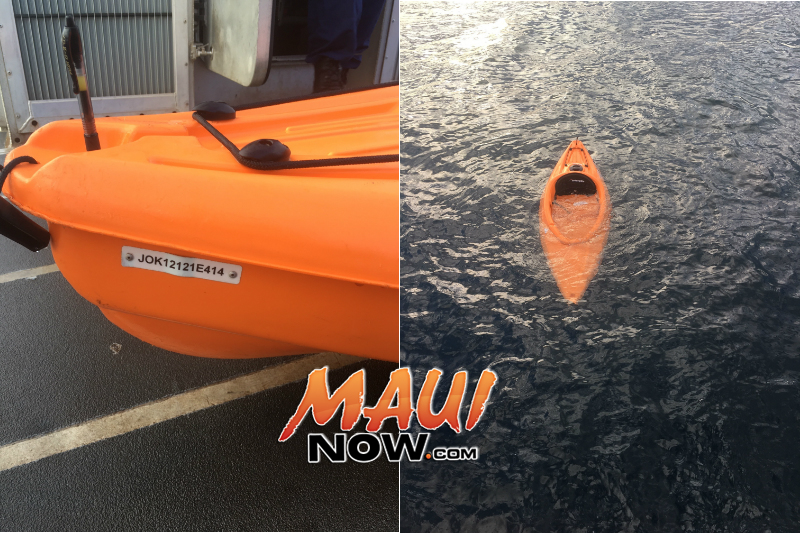 The Coast Guard is seeking the public’s help identifying the owner of an orange, unmanned kayak found off McGregor Point, Maui, Sunday, March 5, 2017.

The Coast Guard is seeking the public’s help identifying the owner of an orange, unmanned kayak found off McGregor Point, Maui, Sunday, March 5, 2017.

Anyone with information that may help identify the owner of the kayak is asked to contact Coast Guard Sector Honolulu at (808) 842-2600.

Watchstanders from the Coast Guard Sector Honolulu command center received notification from a good samaritan via VHF channel 16 at 7:14 a.m. that they found an adrift kayak.

Sector Honolulu issued an urgent marine information broadcast notice to mariners and launched a 45-foot Response Boat-Medium crew from Coast Guard Station Maui to conduct a search of the area.

There are currently no reported signs of distress or missing persons in the area.

The Coast Guard offers free “If Found” decals to be placed in a visible location on small, human-powered watercraft through the Operation Paddle Smart program. The information on the sticker can allow response entities to quickly identify the vessel’s owner and aid search and rescue planners in determining the best course of action. The stickers can be obtained for free at local harbormasters, through the Coast Guard Auxiliary, from Honolulu Sail and Power Squadron offices and at select marine retail and supply stores. 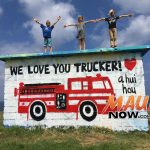 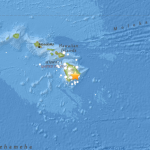 Flurry of 31 Earthquakes at Kīlauea Volcano