Minutes after President Trump issued a new immigration executive order, delegates and dignitaries from around Hawaii responded with statements against the order that bans refugees and immigrants from certain Muslim-majority nations.

Senator Mazie K. Hirono joined CNN’s Wolf Blitzer to discuss the Administration’s action and what some are calling a “target” on the Muslim community.

“[The President] made some small changes…but it’s still basically a Muslim ban. It’s still a ban based on one’s religion, and every time our country has targeted a minority group for discriminatory treatment, we have been proven to be very, very wrong, and the President is wrong in this instance.”

“This administration continues to use immigrants and refugees – those fleeing from violence – as scapegoats for global terrorism. This ‘updated’ Muslim ban is still a Muslim ban. It may be more carefully constructed, but it is still racist and counterproductive. It’s a violation of American values that only damages our national security.”

“True to our history and values as a nation, we have served as a place of refuge to the most vulnerable in the world. We should not be putting in place a blanket ban of refugees, especially when we have actively been fueling the counterproductive regime change wars that have caused them to flee their homes. These people would much rather stay in their homes and live in peace. That’s why we must address the cause of this refugee crisis and end the destructive U.S. policy of counterproductive regime-change wars, as we’ve seen most recently in Iraq, Libya, and now in Syria.”

“This new executive order is nothing more than Muslim Ban 2.0. Under the pretense of national security, it still targets immigrants and refugees. It leaves the door open for even further restrictions. Our office is reviewing the new order and will decide what next steps may be necessary.” 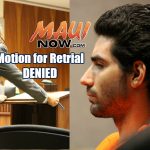 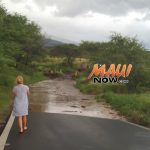