Hawai‘i County saw the largest decrease at 32%, Maui County saw a 22% decline and Kaua‘i County a 7% drop compared to 2016. O‘ahu saw an increase of less than a half percent in the number homeless individuals.

“We have been working very hard to get federal, state and county officials and service providers to really work together to reduce homelessness all across the state,” said Gov. David Ige.

“Certainly we are beginning to get traction in the many programs that we have.  As you know, we’ve restructured all of the contracts to the service providers and really focused on placement into permanent housing, which we know is what works,” said Gov. Ige.

In addressing challenges on Oʻahu, Gov. Ige said, “I think it really is about continuing to work with our partners.  We have engaged the private sector.  The project at the paintball site is a good example of the city, state and private sector working together to create permanent housing in our communities.”

Scroll Down to Read 42 Comments 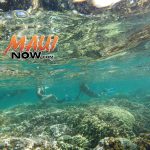 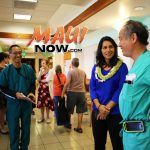