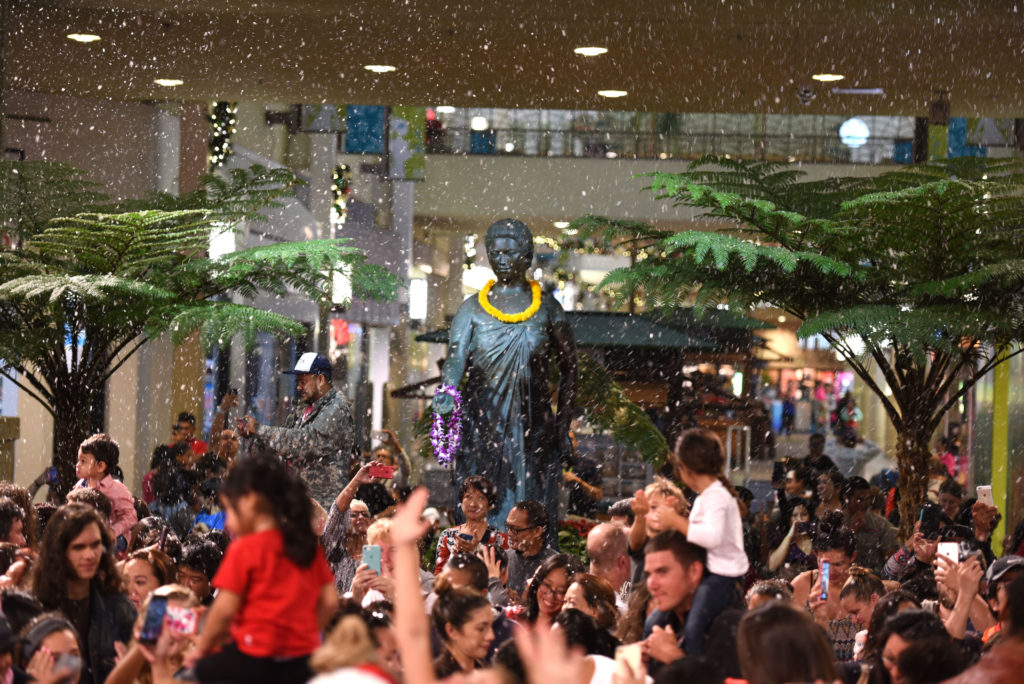 Back by popular demand, Queen Ka‘ahumanu Center will again transform into a giant snow globe with its award-winning “Let it Snow!” snowfall experience. Let it Snow! Returns on Tuesdays, Thursdays and Saturdays from December 2 through 23, with a special live performance on December 5 by Grammy winner, Kalani Pe‘a who will debut his new holiday song to the Maui community. Let it Snow! will also serve as a fundraising backdrop for several non-profit organizations.

“We were amazed by the incredible support and tremendously positive response we received from the community with our ‘Let it Snow!’ show last year, and to have Kalani Pe‘a honor us with his beautiful voice,” said Toni Rojas, director of marketing for Queen Ka‘ahumanu Center. “Our goal is to help families and friends create heart-warming memories and traditions they will cherish and talk about. We are doing just that and giving back to our local community.”

Snowflakes will descend on Queen Ka‘ahumanu Center’s center court during its “Let it Snow” shows at 6:30 and 8 p.m. Each snowfall show will last for approximately ten minutes orchestrated to festive, holiday music featuring a different music genre at each snowfall. Themes include Christmas Divas, Christmas in Hawaii Nei, Classic Christmas Rock, R&B Holidays, Traditional Christmas and more. There will also be free Starbucks hot chocolate for early arrivals served by jingle ambassadors. Decorative holiday keiki headbands and snowflake wands that light-up will be available for sale to benefit local non-profit organizations.

“This holiday season, we’ll have the best of both worlds. We will enjoy a wonderland in our beautiful island home while staying in the comforts of our shorts and slippahs. Now that is special,” says Rojas. The snow is from a specialized snowmaking system custom-designed for Queen Ka’ahumanu Center and operated by a snow technician. Using special effects adopted directly from Hollywood movie sets, the “Let it Snow!” show is a realistic snowfall effect created with millions of snow-like “bubbles” that look and act like real snow in every way. Unlike real snow, though, it vanishes upon contact and does not accumulate. The snow is water-based, so it’s not harmful, and if you catch a snowflake on the tip of your tongue, it’s okay.

“Let it Snow” is the main attraction of Queen Ka‘ahumanu Center’s holiday program kicking-off on November 18 with Santa Claus’ arrival with a special meet and greet for keiki at the center court concluding with a “Noon-Year Eve” celebration. Entertainment includes holiday music, keiki holiday crafts and coloring, balloons and reindeer hats.

Monthly Maui Made Sundays and the weekly Farmers Market and Tai Chi will continue with a holiday flair.

For a list of snow music themes, updated schedule or more information on contests, pick up a copy of QKC, the magazine of Queen Ka’ahumanu Center, call the Guest Service Desk at (808) 877-4325. 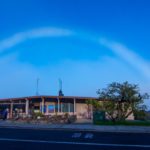 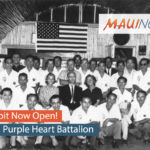