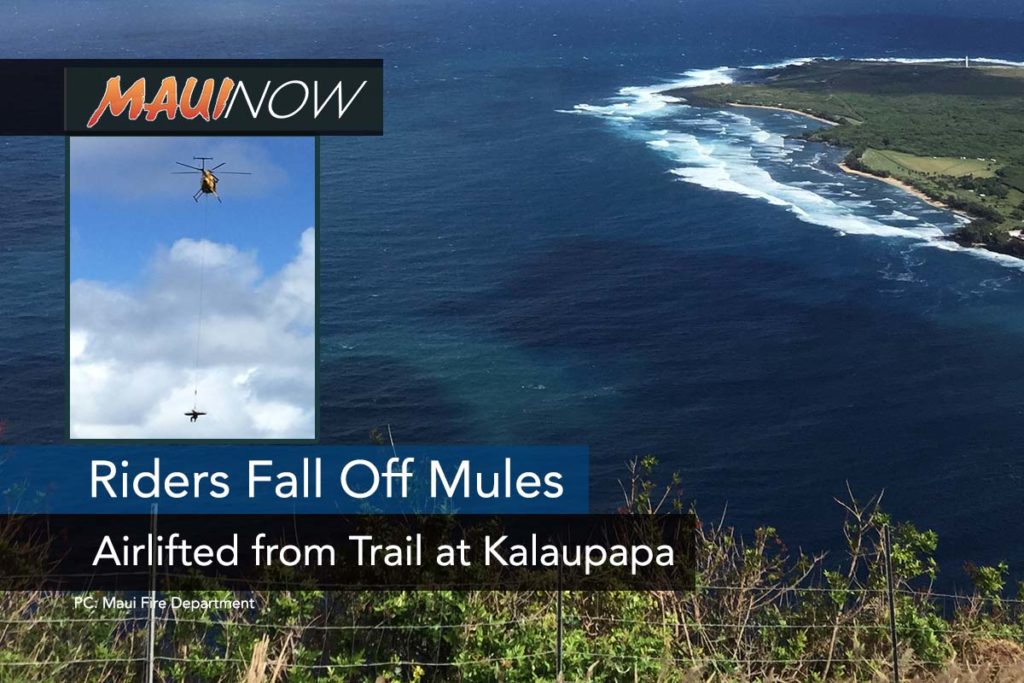 Two individuals were airlifted from Kalaupapa Trail on Molokaʻi after falling from the mules they were riding while descending the trail on Thursday morning.

A 54-year-old man visiting from Novato, California was taken to the Molokaʻi Airport, then transferred to a helicopter medevac that flew him to Maui Memorial Medical Center in serious condition.

Fire officials say the man was knocked unconscious during the fall and suffered head injuries.

A 36-year-old Maunaloa, Molokaʻi woman who is an employee of the Molokaʻi Mule Tour, was transported to Molokaʻi General Hospital in serious condition for treatment of head and torso injuries sustained in the fall.

The accident happened after the mule that the California visitor was riding on ran into the mule in front of it, causing the female employee to fall off.

The incident was reported at around 10:10 a.m. on Thursday, Dec. 14, 2017.  At 10:27 a.m., firefighters began hiking down from the top trailhead to switchback 15 of 26 switchbacks. The area where the injured male and female riders were, was about half-way down the 3.2 mile cliff-side trail.

At the same time, three park rangers from Kalaupapa National Historical Park were making their way up from the bottom and eventually reached the injured parties first and provided initial treatment.

After reaching the scene, firefighters secured the male into a stretcher basket and prepped him to be airlifted topside by the fire department’s Air-1 helicopter. After transferring the man to paramedics on Kalae Highway, they returned and airlifted the woman to the landing zone near the highway.

Firefighters extended thanks to the National Park Service, AMR paramedics, and Molokaʻi police officers for their assistance in a safe, successful, and well-coordinated rescue operation.

Fire officials also thanked pilot, Don Shearer, of Windward Aviation. “It was a very tricky rescue to pull off–on the side of the sea cliff with shifting winds and strong updrafts. He is the very best in the type of work that we do,” said Maui Fire Services Chief Edward Taomoto.

Firefighters from Hoʻolehua, Kaunakakai and a rescue crew from Kahului responded to the incident. 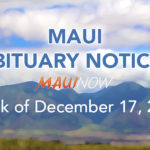 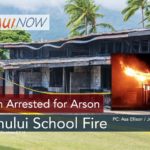