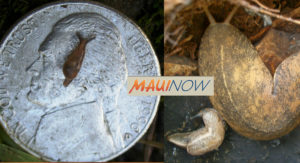 The Hawaiʻi State Department of Health recently launched a statewide broadcast media campaign to educate residents and visitors about rat lungworm disease, a potentially devastating illness that can have debilitating effects on an infected person’s brain and spinal cord.

Through a partnership with the Hawaiʻi Association of Broadcasters, the campaign aims to increase awareness and prevention of rat lungworm disease through a series of television and radio public education announcements, which are now on air.

Earlier this year, the 2017 Hawaiʻi State Legislature appropriated $1 million dollars to DOH over the next two years to deliver enhanced response and outreach activities to control the spread of rat lungworm disease.

As part of this effort, public education announcements are now running on 40 radio stations and seven television stations to build awareness and inform the public-at-large about rat lungworm disease and how to prevent it.

“The risk of rat lungworm disease is present on all islands and there are basic steps we can take each day to reduce this risk and help prevent infection,” said Keith Kawaoka, deputy director of environmental health. “Knowledge is the best defense we can provide people with to collectively protect our communities from rat lungworm disease in Hawaiʻi.”

Additionally, local movie theatres on Hawaiʻi Island, Maui and Oʻahu can expect to see rat lungworm disease prevention announcements prior to movie showings in December and January. Shopping centers and malls across the state have also posted large-scale announcements reminding patrons to always wash produce before eating and to control rat, slug, and snail populations around their homes and gardens.

Community education was highlighted as a high priority by the Governor’s Rat Lungworm Disease Task Force, a group of local experts from medical, scientific, environmental, and public health fields gathered to actively work on developing guidelines for schools, farms, food establishments, physicians and other groups on best practices to prevent, control, and manage rat lungworm disease.

To date, in 2017, Hawaiʻi has experienced 18 confirmed cases of rat lungworm disease. The most recent case was a Hawaiʻi Island adult resident in Hilo. It is believed the individual accidentally ingested an infected slug while drinking from a garden watering hose in late November.

The public is urged to take the following precautions to prevent rat lungworm disease:

The DOH says it will continue its outreach and education efforts centered on rat lungworm disease prevention, especially with the rainy season well upon the state. 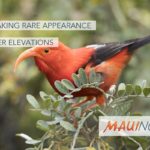 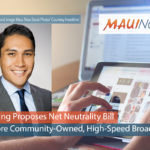