The Hawaiʻi Tourism Authority today released results of two research studies that provide insight on the profiles, preferences and opinions of LGBT travelers from Japan and Taiwan, as it relates to visiting the Hawaiian Islands.

Commissioned by HTA’s Tourism Research Division, the studies were conducted by Community Marketing & Insights, a San Francisco-based firm specializing in LGBT consumer research. The two new studies complete a set of six studies that are the first ever done analyzing LGBT travel to the Hawaiian Islands by the State of Hawaiʻi.

Jennifer Chun, HTA Director of Tourism Research, said the studies on Japan and Taiwan provide valuable information from survey respondents in each country that Hawaiʻi tourism industry partners can utilize to attract more LGBT travelers from these two markets.

“The studies’ findings reveal there is potential in Japan and Taiwan to reach a larger percentage of LGBT travelers from both markets,” said Chun. “Hawaiʻi tourism partners can customize their marketing programs to make a vacation in the islands a more enticing option compared to other destinations in Asia that are currently drawing the bulk of LGBT travelers from Japan and Taiwan.

“Hawaiʻi’s attributes are well-known to LGBT travelers from Japan, but the research indicates that special offers targeting this particular segment would be well-received and help allay concerns about Hawaiʻi being a good value.

“Taiwan appears to be a budding LGBT travel market for Hawaiʻi that can be developed through increased awareness about the offerings of the islands beyond our beautiful beaches. For example, Taiwan’s LGBT travelers enjoy excellence in cuisine and touring historic sites and landmarks, but they don’t yet associate these attributes with Hawaiʻi.

“Furthermore, Taiwan’s survey respondents do not view Hawaiʻi as an LGBT-friendly destination, which is not the case and a perception that can be changed by educating travelers about our longstanding legacy of diversity and acceptance of all people worldwide, regardless of their ethnicity, religious beliefs or sexual orientation.”

Noteworthy findings from the LGBT travel studies about Japan and Taiwan include the following:

All six LGBT travel studies are posted online in the Reports Section under Target Lifestyle Segments of HTA’s website at www.HawaiiTourismAuthority.org. 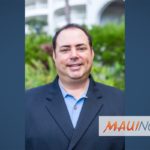 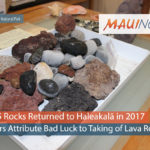