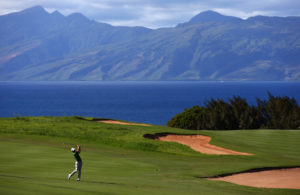 For veterans on the PGA TOUR, there’s nothing better than booking a trip to Maui for the following year. Jonas Blixt, Billy Horschel, Jason Dufner, Brendan Steele, and Pat Perez all did just that, earning the right to return to Maui for the winners-only field at the Sentry Tournament of Champions, which will be held Jan. 3 through 7, 2018, in Kapalua.

This installment of the Countdown to Kapalua looks back as these veterans return to the PGA TOUR winner’s circle.

For the first time since winning the 2014 FedExCup with his win at the TOUR Championship, Horschel got back to the winner’s circle with a playoff victory over Jason Day at the AT&T Byron Nelson. Horschel won again after Day missed a five-foot par putt on the first playoff hole.

The victory was the fourth of Horschel’s career and secured his spot in the field at the Sentry Tournament of Champions for the third time.

“It’s really surreal,” said Horschel after his victory. “This is probably the most emotional—I’m sort of speechless because the other three wins I’ve had in my career have come off of really good playing.”

Of the 37 players qualified for the Sentry Tournament of Champions via their PGA TOUR victories during the 2017 calendar year, Blixt is the only one who actually didn’t hole the winning putt in his victory. Blixt partnered up with Cam Smith for the inaugural team format at the Zurich Classic of New Orleans, where the two edged out Kevin Kisner and Scott Brown on the fourth hole of a playoff with Smith holing a birdie for the win.

The victory earned Blixt his third trip to the Plantation Course at Kapalua, where he finished T18 and T21 in 2013 and 2014, respectively.

“It’s weird. It’s surreal. I feel the same way. I guess I disguise it a little better (than his partner, Smith, who was emotional following the win),” said Blixt after his victory. “I mean, you work your whole life towards this goal and you set it up as a goal at a very young age, and when you reach it, it’s crazy, because you’ve worked so hard for it for so long. Doing it for the third time— this is the most fun one, I must say.”

The always unflappable Dufner never let losing a five-shot, 36-hole lead get in the way of his ultimate goal: a win in home state of Ohio at the Memorial Tournament presented by Nationwide. With a four-shot deficit facing him entering the final round, Dufner overcame a third-round 77 and two rain delays with a 4-under 68 for his fifth career PGA TOUR victory.

The three-shot victory helped him join Jack Nicklaus as the only Ohio-born winners of the Memorial and ensured that he’ll return to Kapalua for the Sentry Tournament of Champions for the fourth time. Dufner’s best finish in Maui came in 2014 with a fifth-place finish.

“You have a lot of setbacks out here on the PGA Tour, to rebound from it and give myself a chance to win — I was going to be proud whether I won today or not because I got back in contention and that’s what all of us want to do come Sunday at the PGA Tour,” Dufner said after the win.

The three-time PGA TOUR winner produced his best effort at the Sentry Tournament of Champions a year ago with a sixth-place finish. Entering the first event on the 2018 calendar, Steele currently ranks fourth in the 2017-18 PGA TOUR Season FedExCup standings and is looking to kick the season off with a bang to earn a spot in the season-ending TOUR Championship for the first time after missing by just three spots a year ago.

“I’m getting pretty spoiled winning the first event of the year,” said Steele after his victory. “This will definitely set up my season and hopefully springboard me into another really good year. Super excited and it happened totally differently than last year with the weather and everything.”

After a seven-year hiatus from the Sentry Tournament of Champions, Perez has now earned his way back to Maui in back-to-back years. In two appearances at Kapalua, he’s finished inside the top 10 both times with a career-best T3 last year, and he desperately wanted to get another crack at the Plantation Course.

“I was in all the other tournaments anyway. The Maui one I wanted to get back to,” said Perez after his victory. “I just told my caddie, because we had a long break we were going to take after the Shark (QBE) Shootout, but we’ve got to change those plans now, which I will not be upset about. I’m just very excited.” 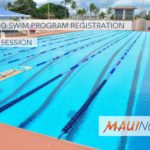 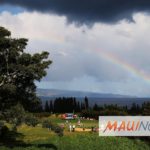