A Maui man has since succumbed to injuries sustained in a dirt bike accident reported on Christmas Eve at the intersection of Lower Kula Road and Pulehuiki Road in Kula.

Police have since identified the dirt bike operator as 52-year-old Graden Miguel of Kula.  According to police reports, Miguel succumbed to his injuries on Saturday, Dec. 30, 2017.

The incident was reported at 12:22 p.m. on Sunday, December 24, 2017.  Police say the collision occurred as a 2005 Honda multi-purpose was traveling south-bound on Lower Kula Road and making a left turn onto Pulehuiki Road when it collided into the dirt bike that was traveling in the opposite direction down Lower Kula Road.

The roadway was closed for three hours while police conducted an investigation.

The operator of the Honda, a 52-year-old male also from Kula, suffered minor injuries and was released at the scene. 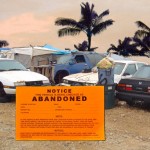 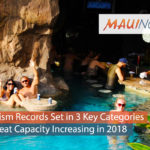