“I will announce my decision regarding the lieutenant governor vacancy by the end of the week. In the meantime, I have been in direct contact with Governor Ige, Lieutenant Governor Tsutsui, and his staff. The work of the LG’s office will continue. I congratulate Shan on his next chapter and applaud his many years in public office.”

State Attorney General Doug Chin, reportedly announced his run for US Congress on Dec. 18, 2017.  The Honolulu Star Advertiser reported that recent legal battles over White House actions sparked him to run for the U.S. House seat.  Chin has been a vocal opponent of President Trump’s travel ban.  In December, he announced his intent to seek the First Congressional District seat, currently held by US Rep. Colleen Hanabusa, who is planning to run for governor in 2018.

Earlier this week, Senate President Ronald D. Kouchi said he had mixed emotions about the departure of Lieutenant Governor Shan Tsutsui from office and said he is not interested in becoming the next LG for Hawaiʻi. 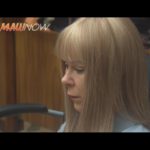 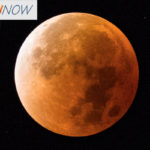