Trial is scheduled to resume today for a woman accused of 2nd degree murder in the May 29, 2016 death of her twin sister.

In testimony on Tuesday, officers say the vehicle that the women were in, plunged 115 feet off a cliff from the Hāna Highway before coming to rest on the rocky shoreline below.  Sgt. Lawrence Becraft, who was allowed to give opinion testimony in the area of accident reconstruction said data showed no braking and full acceleration as the vehicle left the road and went over the cliff.

Also on Tuesday, a man who was the boyfriend of the twin who died in the crash, appeared before the court. Federico Bailey said the sisters physically fought “often.”

On Tuesday, the court also qualified Lindsey Harle, M.D. as an expert and Shannon Rowe was allowed to give opinion testimony in the area of automotive technology. Others who testified included: Cecilia Kupau, Randolph Castro, Patricia Wariner, Dean Wariner, Vincent Souki and Hank Kaupe.

Alexandria Duval has pleaded not guilty to the charges.

Duval is represented by defense attorney Birney Bervar who described the case as a “tragic accident, not murder” and said there is ample reasonable doubt. The state is represented by Deputy Prosecutor Emlyn Higa who suggested in opening statements that the crash was intentional as evidenced by no breaking, a hard acceleration and a hard left turn prior to impact.

The case drew widespread media attention with many news organizations sifting up information on the twin’s past as Yoga instructors on the mainland.  Evidence presented at a preliminary hearing, failed to support a finding of probable cause and Duval was released in June of 2016, but arrested five months later on the strength of a warrant issued in connection with a grand jury indictment.

The jury waived trial is being tried by the court, which is presided over by Judge Peter Cahill. 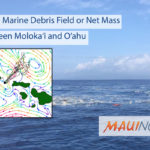 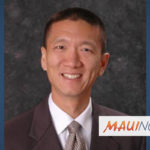