THE FLOOD ADVISORY FOR THE ISLAND OF MAUI IN MAUI COUNTY IS CANCELLED.

Weather radar shows that the heavy rain has moved offshore. However,
a Flash Flood Watch remains in effect through this afternoon for
Maui and the rest of the smaller islands.

The National Weather Service has extended the flood advisory for the island of Maui, now in effect until 8:15 a.m.

At 5 a.m., radar indicated widespread rain over much of Maui. Additional heavy rain south of Maui was also detected, which will be affecting the island in the next few hours.

The public is advised to stay away from streams, drainage ditches and low-lying areas that are prone to flooding. Rainfall and runoff will also cause hazardous driving conditions due to ponding, reduced visibility and poor braking action.

Motorists and pedestrians are advised not to cross fast flowing or rising water in their vehicle or on foot. 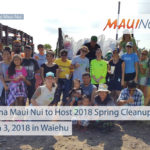 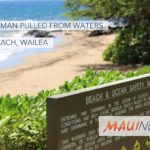