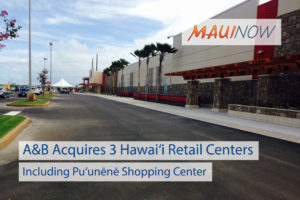 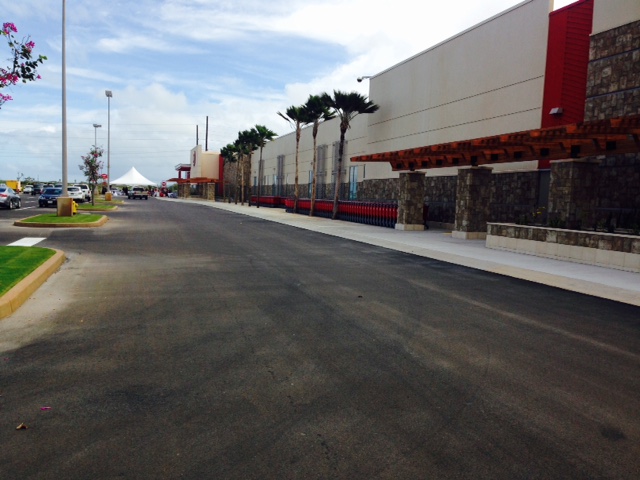 A&B acquired the shopping centers from California-based Terramar Retail Centers, LLC, for $254 million, including the assumption of $62 million in mortgage debt.

The transaction closed on February 23rd.

A&B president and CEO Chris Benjamin said the purchase enable A&B to complete its strategic migration of its commercial real estate portfolio from the US mainland back to Hawaiʻi.  “We are excited to work with our new tenants to help them succeed in serving their customers and neighborhoods, and we look forward to having these strategic assets in our portfolio attract new tenants to the islands,” said Benjamin.

The 113,000 square foot Puʻunēnē Shopping Center on Maui was completed in 2017 and is collocated with the island’s only Target store. Existing and signed tenants include Ulta Beauty, Starbucks, Petco, Maui Tacos, Massage Envy, Planet Fitness and Verizon.

The disposition of the A&B’s seven mainland properties commenced in the fourth quarter of 2017 and is currently expected to be completed by mid-2018. Although the Company expects to realize an aggregate gain on the disposition of the remaining mainland commercial properties that will fund the acquisition, the Company’s fourth quarter results included a net charge of $16.1 million due to impairment charges on three of the seven assets that were held for sale and under contract as of year-end, partially offset by a gain on a mainland property sold.

Since 2012, A&B has invested nearly $1.8 billion in Hawaiʻi, including $400 million of commercial real estate capital from assets across the U.S. mainland migrated back to the islands. During this time, A&B also contributed more than $5 million to non-profit and community organizations across the state.