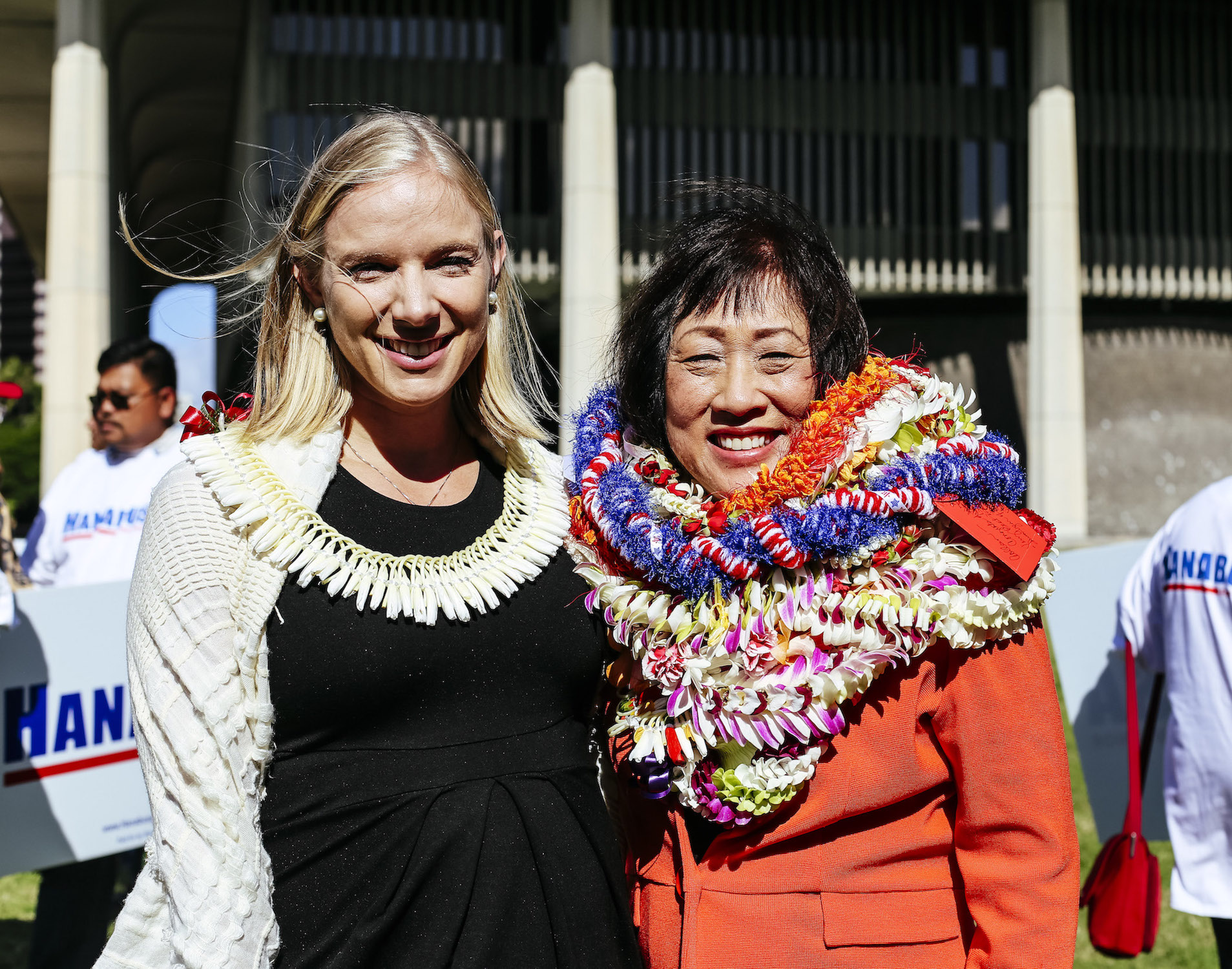 Formally launching the Hanabusa for Governor campaign on Jan. 8, Colleen Hanabusa was introduced by second-year William S. Richardson School of Law student and Patsy T. Mink Fellow Stacey Gray, who recognized the candidate’s “decisive, resolute and action-oriented sense of leadership” in her introduction.

“As we celebrate Women’s History Month, we stand with Colleen in her run for Governor and believe she will provide the strong leadership needed to improve the lives of Hawai‘i’s women and their families,” said Jadine Nielsen, PAC Co-Founder. “From the leadership roles she served here in Hawai‘i to those representing our State in the nation’s Capital, Colleen has demonstrated a resolute commitment to the values held by Patsy T. Mink.”

“As the first woman to serve as leader of either chamber of our State legislature — the first Asian-American woman to lead a chamber of any legislature across the United States — she sets an important example for women and girls throughout the country,” said Amy Monk, Director. “We rely on our elected officials to stand up for Hawaiʻi’s women and their reproductive health. Time and again, we have seen Colleen do just that and know she will bring that same commitment to the Governor’s office.”

“Congresswoman Patsy Mink was a visionary leader, and it’s humbling and an honor to follow in her footsteps,” Hanabusa said. “She led the way for women, and all those who cherish equality and civil liberties in our country, by standing up to discrimination and confronting the outdated thinking of the time. The landmark Title IX legislation, renamed by Congress in her honor, not only brought academic and athletic gender equity to American educational institutions, it demonstrated the impact one individual can have on our society. All Americans have benefited from her courage.

“Like so many others, I find inspiration in Patsy Mink’s example, and I am proud to share her values of equality and justice, along with her determination to work for the future Hawai‘i families deserve.”

Patsy Takemoto Mink was a distinguished, dedicated, and innovative legislative trailblazer who overcame gender and racial discrimination to become one of the most influential public servants of her generation. In 1964, she made history when she was elected to the US House of Representatives, becoming the first woman of color elected to the national legislature and the first Asian-American congresswoman. She championed the rights of immigrants, minorities, women and children, and worked to eradicate the kind of discrimination she had faced in her own life.

The Patsy T. Mink PAC is a grassroots political network dedicated to honoring the integrity and value of Patsy T. Mink’s life work by assisting pro-choice Democratic women to attain and retain elective office. Women’s History Month recognizes women leaders who have made American history and who are making history today. 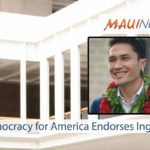