From Farm to Market to Table, Masters of Retail Inspire Success 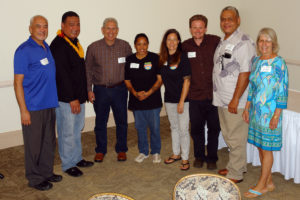 The sixth annual Masters of Retail Success in Maui event was held on Wednesday, April 4, in the Nahele Banquet Room at the Kahili Golf Course and featured the success stories of five local Maui businesses.

This year’s event had a special focus on Maui-based agribusinesses and businesses that support the ecosystem of local farmers and ranchers. In addition to the connection of the featured businesses to local farm and ranching sources, another special theme in this year’s program was multi-generational contributions to success.

The featured business owners “talked story” about their road to success and the challenges of running a business on Maui, and then answered questions from the audience. The 2018 lineup included five businesses ranging from restaurant to retail to ranching to farming, all rooted in local culture and traditions.

At the event, the co-founders of Two Chicks in a Hammock said they had a “light-bulb moment” while sitting in a hammock, realizing that they had a network of acquaintances who would pay money for their special hot chili water, brewed with a recipe handed down from Kat Crosby’s grandmother. They said the key to their ongoing success is “sticking with what you are good at and safeguard what makes you special.” Using all natural, local ingredients, they say they have focused on consistency and quality of the product, and are now making the leap to distribution on amazon.com.

Another speaker at the event, Alex Franco of Maui Cattle Company, recalled the days when all of Maui’s cattle would be shipped off island. Today, Maui Cattle Company has six partner ranches and is drawing attention to “island meats for island tables.”

The company’s latest innovation is a partnership with HC&S to create additional grazing lands. Franco’s commitment to future generations of ranchers, as well as consumers, was evident throughout his photo display of ranch hands and meat preparation teams, with emphasis on preserving managed open space while passing along the traditions of farming, ranching and production from generation to generation of employee families.

Also showing his passion for the land, Okoʻa Farms owner Ryan Earehart expressed his motivation for farming as wanting to grow his own food instead of “eating a mango from Ecuador.” “My goal is not to rely on boats when I eat,” he said. 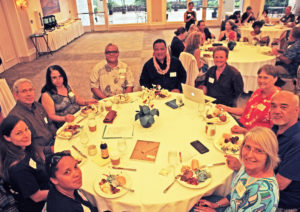 Michelle Jones and Kat Crosby of Two Chicks in a Hammock kick off the evening’s presentations. PC: Maui Business Brainstormers

Today, he focuses on diversity of crops with over 80 varieties of produce grown in Upcountry Maui, sold primarily through farmer’s markets. At the event, Earehart displayed photos of carrots, radishes, ice cream beans, cassava, turmeric and ginger, telling stories of how he introduces his customers to new produce and helps customers learn how to prepare and cook them, both in person and through his social media presence.

Earehart says he sees his vegetable displays as “a platform to tell a story and to connect the customer to the food they eat.” By highlighting the tagline “authentically diverse food you can trust,” he keeps the focus on quality, selection and flavor as the differentiator of his stand versus others.

On the table side of the business, Kīhei Caffe owner Barry Allison recalled being reluctant to open a restaurant. “Kīhei Caffe wasn’t my intention,” he said. After acquiring the business with his mother, the dining room interactions with customers kept drawing him back from other pursuits.

“Financial gain is the wrong motivation,” he advised. “You can’t do it alone—good staff is key. Help them do what they do best. And remember that sometimes, you are nurturing employees for a future employer.” He laughed when he mentioned telling some customers they might not want what they just ordered, telling the audience “I am a host, when you come to the restaurant, I am inviting you into my house.”

Kaponoʻai Molitau talked story at the event about his dream for a cultural resource center for Maui. His passion grew from his experiences as a kumu hula and cast member in “Ululena,” eventually leading to the concept of opening Native Intelligence in Wailuku as a “cultural center guised in retail.”

After his initial grant proposal was rejected by OHA, he became more determined to make his dream happen.

“We don’t care if you buy something when you come in; we care that you learn something before you leave,” he said.
The business showcases the cultural treasures of practitioners from every Hawaiian island as well as neighbor island chains. “We didn’t know if we’d be successful or what the bar of success looked like, but we were determined to proceed because we are confident in who we are,” he said.

After nine years in Wailuku at two different locations, the business succeeds based on the support of a clientele that is 85% local, with little to no advertising. 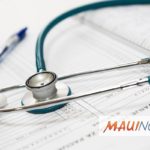 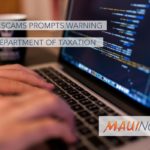