“In light of the Equifax data breach and other thefts of personal information, the Legislature is making it easier for consumers to take charge of their own information and protect themselves from scammers,” said Barbara Kim Stanton, the state director of AARP Hawai‘i. “We thank the House and Senate for their support.”

Current Hawai‘i law allows credit reporting agencies to charge a fee of up to $5 for each request to the agency to place or remove a freeze. To place a freeze at all three major credit reporting agencies, Equifax, Experian and TransUnion, it can cost up to $15 every time you freeze your credit. It will cost $15 again if you want to lift the freeze to apply for a loan and another $15 to put the freeze back in place.

Last year, AARP Fraud Watch Network Ambassador Frank Abagnale spoke at identity theft prevention workshops on ‘Oahu and Maui. He told us about how he helped pass the nation’s first law in South Carolina, his home state, to make credit freezes free. Since then several other states have passed similar laws and the Hawai‘i Department of Commerce and Consumer Affairs had bills introduced this session to make credit freezes free in Hawai‘i.

Abagnale, one of the nation’s top identity theft experts, was the real-life inspiration for the movie “Catch Me if You Can.” While just a teenager, he stole millions of dollars from banks and airlines until his arrest. He turned his life around and now an author and consultant to the FBI and private businesses on preventing fraud and identity theft.

As he told us last year and in testimony on the bill: “There should be no reason for a fee because then that becomes a deterrent to people actually freezing their credit. The American consumer never told credit reporting agencies, “I give you permission to store my personal information.” We didn’t sign a piece of paper that said Equifax can store my name and date of birth. We never authorized that. Why should we be paying a fee to have control over our information?”

The House voted unanimously to agree to the Senate version of the bill. The bill now goes to the governor to sign into law. 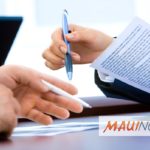 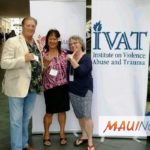