On The Menu at Kō for Restaurant Week Wailea

Wailea Resort’s popular dinner promotion, “Restaurant Week Wailea,” is gearing up for more delicious deals. This celebration of Wailea’s finest cuisine can be enjoyed at 19 participating resort restaurants throughout Wailea starting Sunday, May 20 through Saturday, May 26.

See what’s offered at a longtime participant, Kō at Fairmont Kea Lani, as Chef Tylun Pang outlines some delicious options in our video above.

Wailea Resort is well-known for its award winning culinary talent, exceptional restaurants and celebrity chefs.  Diners can enjoy some remarkable three course, Chef inspired prix-fixe menus for just $29*, $39*, $49* or $59* per person (*depending on the restaurant – beverages, tax and gratuity not included). To compliment these special menus, some restaurants will create wine pairings at special prices to savor with your meal.

Each participating restaurant makes a contribution to the Maui Food Bank for every prix-fixe entrée sold during Restaurant Week Wailea, as part of the resort’s community giving.

“The Wailea community has been a partner of Maui Food Bank for many years and Restaurant Week Wailea is one of the ways we have proudly supported the organization, since this popular dining promotion began in 2009″, said Bud Pikrone, General Manager of Wailea Community Association. “This bi-annual event has raised well over $80,000 dollars for the Maui Food Bank and we look forward to helping again this year in May and November.”

These prix-fixe menus are not valid with any other discount, coupons or promotion being offered at participating restaurants. Diners may contact each restaurant direct for reservations, as advance reservations are strongly recommended. Or, visit Open Table for select restaurants (*) which offer online dinner reservations. 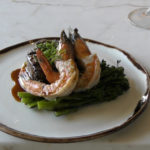 On The Menu at Humble Market Kitchin for Restaurant Week 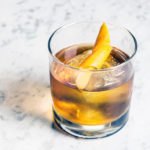