US Senator Brian Schatz of Hawaiʻi joined Sen. Dianne Feinstein of California today in introducing legislation to halt the separation of immigrant children from their parents at the border.

On May 7, 2018, Attorney General Jeff Sessions announced that all adults who arrive at the border would be prosecuted for illegal entry, even if they attempt to seek asylum. Backers of the bill say this policy has resulted in parents being separated from their children, sometimes for months.

Customs and Border Protection authorities informed lawmakers at a hearing last month that 658 children had been taken from their parents over a 14-day period in May.

Schatz called the separation of children from their parents by Immigration and Customs Enforcement “inhumane, immoral and un-American.”  He said, “This administration is choosing to use the suffering of children and families as political leverage. Let’s not go any further.  Every single member of Congress should be on this bill, because every single member should be against separating children from their parents.”

The Keep Families Together Act is cosponsored by 30 other colleagues including fellow US Senator Mazie Hirono of Hawaiʻi who called the policy “reprehensible and unconscionable.” She said, “My mom brought my brother and me to this country when I was only seven years old. All of our possessions were packed into a single suitcase and we shared a single room. But at least we had each other.  The Trump administration’s new policy of separating immigrant children from their families is reprehensible and unconscionable. This bill stops ICE from taking this unnecessary and cruel action.”

“The United States must not be a country that traumatizes young children by separating them from their parents. Young children have been taken from their parents’ arms and federal law enforcement hasn’t given parents even the most basic information about their children’s whereabouts.  Congress has a moral obligation to take a stand and say that families should not be forcibly separated. Many of these families are fleeing terrible violence, traveling thousands of miles on foot for the chance to file an asylum claim and save their lives. To traumatize them further is unconscionable, and I hope that our Republican colleagues will work with us to put an end to this immoral policy.”

Supporters of the bill say it protects the welfare of children, by allowing children to be separated from their parents only in the event they are being trafficked or abused by their parents. “To provide an additional layer of protection, the bill provides for an immediate review by a superior upon the recommendation to separate, and only after consultation with a child welfare expert,” supporters said.

Scroll Down to Read 26 Comments 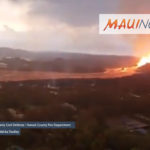 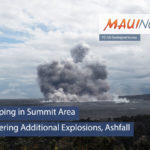