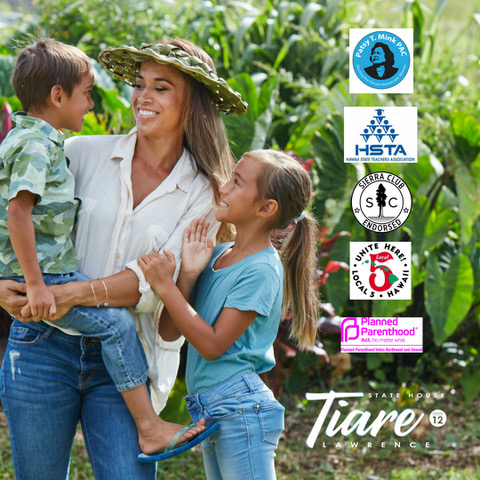 The Hawaiʻi State Teachers Association also endorsed Lawrence.  In a press release announcement, her campaign says she is “a fierce advocate at the Legislature for funding the schools our keiki deserve and giving teachers a livable wage that attracts and retains qualified instructors.”

With two children of her own, supporters of Lawrence say she wants to reduce the amount of standardized testing teachers are required to administer, “recognizing that such policies have utterly failed to prepare our kids for the realities of the 21st century.”

Meanwhile, the Patsy T. Mink PAC, which works to elect pro-choice women to legislative bodies, was an early endorser. According to her campaign, “This endorsement was in recognition of her dedication to advancing women’s health and well being and her capability as a strong voice for women.”

This past session, campaign organizers say, Lawrence fought for Title IX guarantees and pushed to require family planning clinics to disclose whether or not they are medically-licensed and to provide information on the full spectrum of health options available to pregnant women.

Lawrence also picked up endorsements from UNITE HERE! Local 5, representing healthcare and hospitality workers on Maui, Our Revolution – Hawaiʻi, the local chapter of the organization founded by Bernie Sanders, and the Pono Hawaiʻi Initiative. 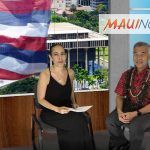 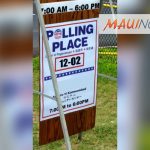 Ask the Mayor: Will Eddie Tam Be Available as a Polling Place?