The Council for Native Hawaiian Advancement began exploring legal options against Chicago-based business Aloha Poke Co. after the mainland chain attempted to enforce a trademark on the name.

“No one has the right to disenfranchise a culture and a people, as well as dictate what constitutes pono (proper) business practices,” said Kuhio Lewis, Chief Executive Officer of CNHA. “Hawaiian culture is not meant to be a commodity and the continued exploitation of it, our language and kanaka is absolutely unacceptable.”

CNHA is in the process of partnering with other Native Hawaiian organizations and businesses, with consultation from their legal team, to identify the appropriate course of action.

“Fear-mongering and intimidation tactics have no place in our culture,” said CNHA Chairman, Hanalei Aipoalani.

In an effort to “set the record straight,” an explanation was published on a Facebook page for Aloha Poke Co.’s Costa Mesa, California location on Monday morning.  The post says there is a “significant amount of misinformation” being shared on social media, that has caused anger and offense.  The post has drawn more than 4,400 comments over the past four days, many critical of the company’s attempts at trademark enforcement. 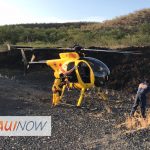 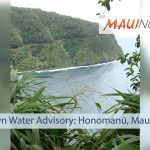