The Hawai`i State Commission on the Status of Women received the annual achievement award from the National Association of Commissions for Women (NACW) at NACW’s annual conference in Los
Angeles on Aug. 4, 2018.

The award recognizes Hawai`i’s achievement in becoming the first state in the nation to pass Convention on the Elimination of all Forms of Discrimination Against Women (CEDAW) legislation in every county.

CEDAW is the only international human rights treaty that focuses entirely on ending discrimination against women. The United States is one of just six countries in the world that failed to ratify the treaty. Passage at the local level represents a proactive commitment by each county in Hawai`i to evaluate their programs and budgets to ensure they affect men and women equitably.

Khara Jabola-Carolus, Executive Director of the State Commission, stated, “Hawai‘i is reclaiming its role in leading the nation on women’s issues. We were the first state to legalize abortion, and our late Congressperson Patsy Mink was the principle author of Title IX, which was renamed in her honor. Now, we have become the first state to codify CEDAW in every county, and to codify Title IX into state law. Despite the federal attacks, we’ve made this year historic for women.”

The Hawai`i State Commission on the Status of Women brought the largest delegation in its history to the annual NACW conference, with representatives from Kaua`i, Maui, and Hawai`i Island Commissions in attendance. Khara Jabola-Carolus, Executive Director of the State Commission, was also elected to the national board of the NACW. 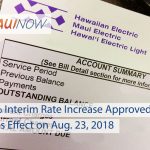 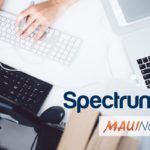