Lane has entered the Central Pacific basin as a Category 4 hurricane with maximum sustained winds near 130 mph.  According to the latest forecast, Lane had degraded a bit over the past few hours, with the eye clouding over and cooling.

The system currently is moving West at 16 mph with some weakening now forecast over the next few days, according to the Central Pacific Hurricane Center.

Forecasters with the CPHC say “Lane is forecast to pass south of the main Hawaiian Islands Wednesday and Thursday, potentially causing local impacts as it tracks west northwestward. Interests in those islands should watch the progress of Lane closely, since day 4 and 5 forecast track errors can be large.”

The 5-day forecast has Lane passing roughly 270 miles to the S of South Point on Hawaiʻi Island around mid-day on Wednesday as a weakening Category 1 Hurricane.

A more significant increase in shear late in the forecast period could result in a faster rate of weakening at days 4 and 5 according the National Hurricane Center. 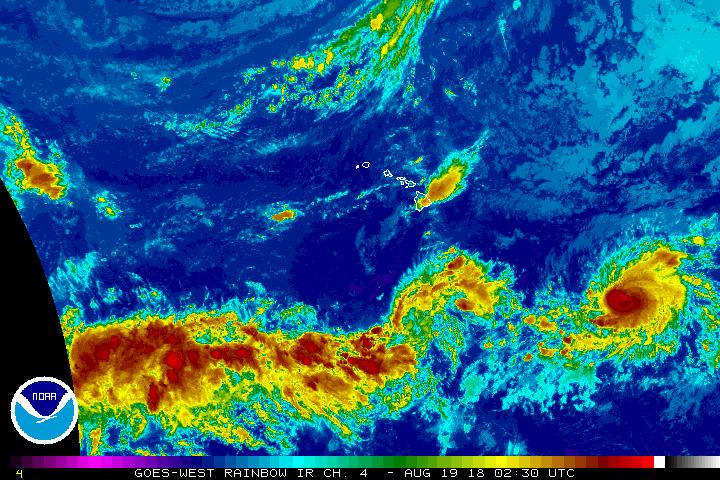 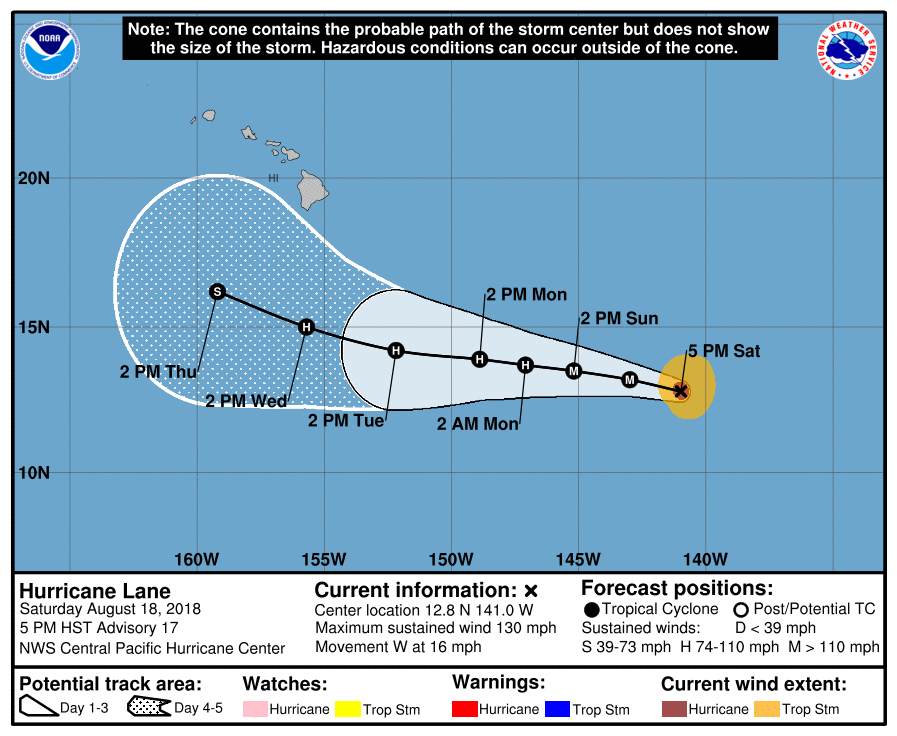 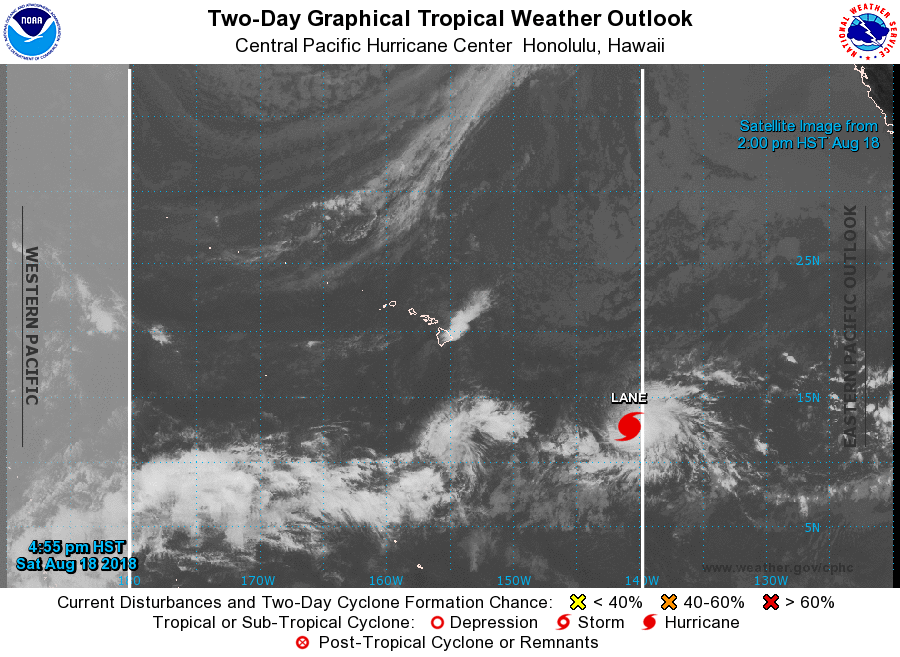 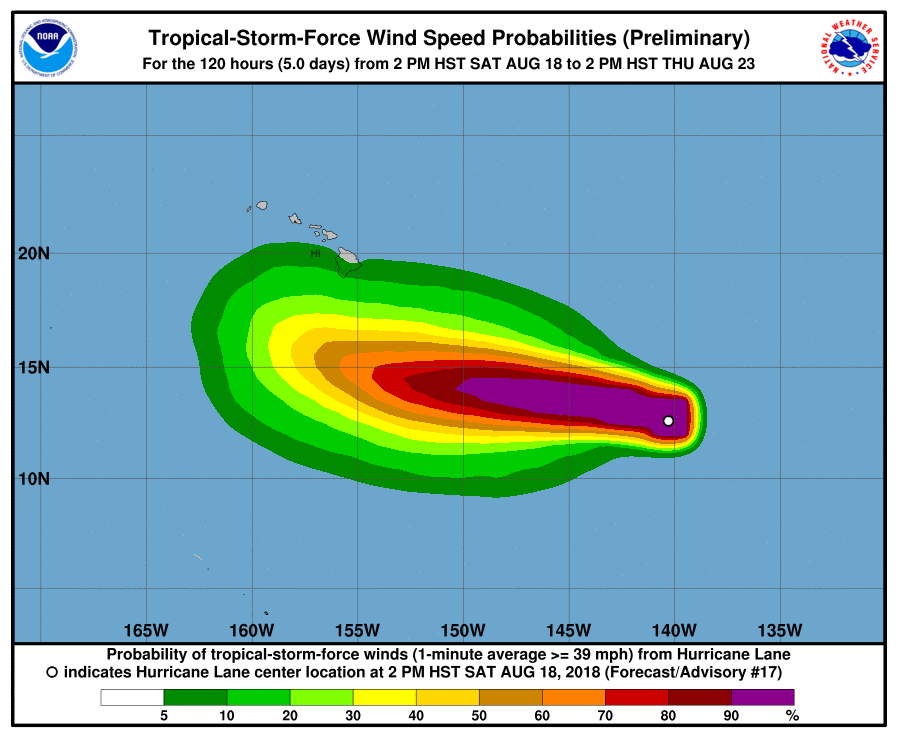 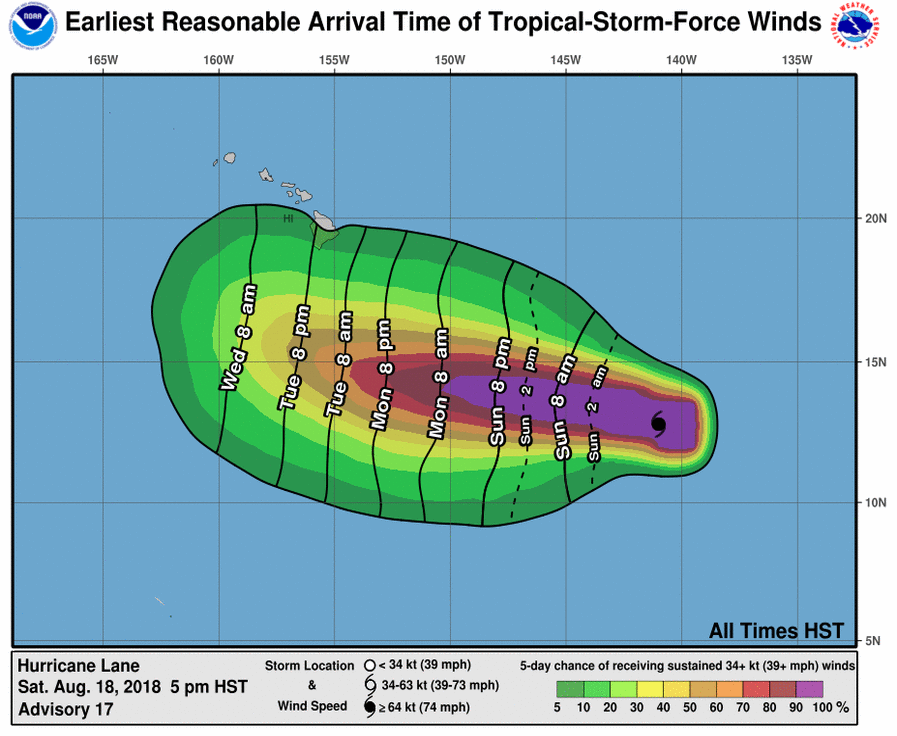 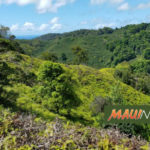 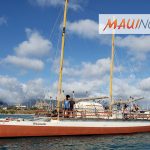