Senator Mazie K. Hirono and five other members of the Senate Veterans’ Affairs Committee urged Chairman Johnny Isakson to call an oversight hearing on what they called the “inappropriate influence” of three members of President Trump’s Mar-a-Lago club on the Department of Veterans Affairs.

The request follows reports by ProPublica and the New York Times on the inappropriate influence of these individuals, like pushing out former VA Secretary David Shulkin and urging for the privatization of VA.

“Ike Perlmutter, Marc Sherman, and Bruce Moskowitz have weighed in behind the scenes on a host of personnel and policy issues,” the Senators wrote. “None of the members of this so-called ‘Mar-a-Lago crowd’ has any experience in the U.S. government or military and they are operating without any transparency, accountability, or oversight.”

“Of particular concern, is that these unofficial advisers are allegedly using their influence to push for privatization of the VA. In his confirmation hearing, Secretary Robert Wilkie vowed not to privatize the VA and recognized the importance of investing in the Department’s internal capacity so VA can continue to provide high-quality care to our veterans…” the Senators continued. “While many of the reported incidents occurred prior to now-Secretary Wilkie’s tenure at the VA, it is imperative that we receive his testimony about his interactions and communications with the trio and what actions he has taken and what actions he plans to take to ensure decisions at the VA are being driven by what is best for our veterans without undue outside influence or direction.” 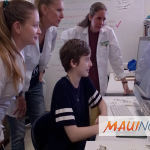 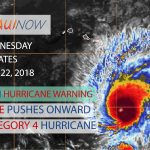