The USGS Hawaiian Volcano Observatory (HVO) has an extensive network of instruments that helps us monitor how the ground deforms due to magma moving underground. However, we are fortunate that scientific colleagues also pitched in to support our responses to Kīlauea Volcano’s lower East Rift Zone (LERZ) eruption and summit collapse.

The Global Positioning System (GPS) has been used to monitor surface motion on the Island of Hawaiʻi since the late 1980s. Several dozen permanent GPS stations are scattered across the island, and all communicate data to HVO via radio links. Each day, an independent solution for the 3-dimensional position of a GPS station is calculated from these data. The accuracy of the GPS station positions is typically better than a centimeter (a fraction of an inch).

In addition to permanent GPS stations, which are affixed to a monument anchored to the ground, HVO also regularly measures the positions of a set of benchmarks using portable installations, also called “campaign GPS.” During an eruption, these temporary stations provide extra coverage in important areas.

One challenge of the LERZ eruption, which began in Lower Puna’s Leilani Estates subdivision on May 3, 2018, was that it involved a large portion of Kīlauea. Within days of the first fissure opening, all HVO GPS equipment was deployed, but gaps remained in places where ground deformation monitoring was critical.

Fortunately, the University Navstar Consortium (UNAVCO), a Colorado-based organization that specializes in using GPS to measure deformation of Earth’s surface, was able to provide additional equipment to expand the area that HVO could monitor. This expanded area included the western side of Kīlauea’s south flank, which enabled us to gather more insights on the after-effects of the magnitude-6.9 earthquake that occurred on May 4, 2018.

Additional GPS stations were deployed along Kīlauea’s middle East Rift Zone, from Pu‘u ‘Ō‘ō  to Heiheiahulu, to measure rift deformation caused by magma draining from the area and migrating to Leilani Estates. Other temporary stations were deployed around Kīlauea caldera to give better constraints on summit deflation and collapse.

Another tool utilized by HVO to measure surface deformation orbits above Earth’s surface at a height of over 600 kilometers (about 400 miles)—satellites! Specifically, radar satellites. Interferometric Synthetic Aperture Radar (InSAR) is a technique that uses two satellite radar (SAR) images acquired from about the same point in space at different times. From these images, a map can be produced to show how the Earth’s surface has deformed during the time spanned.

The European Space Agency (ESA) operates a two-satellite constellation called Sentinel-1.  InSAR data from Sentinel-1 are typically available with a 12-day repeat cycle. However, in response to Kīlauea’s eruption and summit collapse events, ESA cut the repeat time in half, and provided InSAR results every six days.

The Cosmo-SkyMed satellite system is operated by the Italian Space Agency (ASI) and consists of four satellites. ASI made sure that all four satellites acquired high-resolution views of Kīlauea’s summit throughout the collapse events, with individual InSAR results spanning as little as one day!

The increased frequency of SAR satellite passes was especially valuable for regular updates and broad-scale views of Kilauea’s summit, allowing HVO to monitor subtle surface deformation that might otherwise have gone undetected. The data were also used to produce animations of the summit collapse, which provided both scientists and island residents a birds-eye view of the major changes occurring within Kīlauea caldera.

HVO scientists used the additional equipment and access to satellite data to further our monitoring capabilities and better understand Kīlauea’s extraordinary LERZ and summit activity. We are grateful for the scientific community’s support, which was crucial to understanding the evolution of volcanic hazards over the course of the recent unprecedented events. 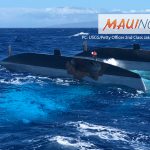 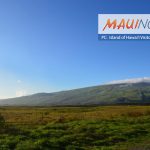