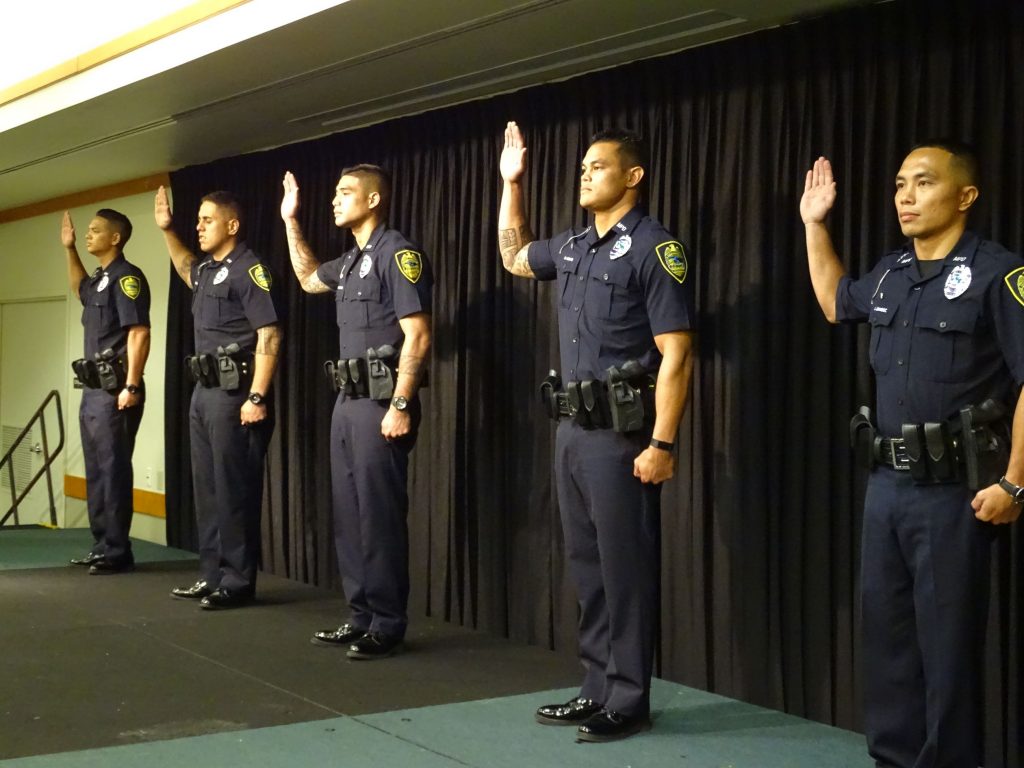 On Friday, Sept. 28, 2018, a commencement was held at the Maui Beach Hotel’s Elleair Ballroom for the graduates of the Maui Police Department’s 87th Recruit Class.

The five graduating members of the class were sworn in as police officers and took their oath of office. The graduates were: Randen Abafo, Iokepa Albino-Shamblin, Codie Chong, Lean Jeffrey Gumboc and Mitchell Navarro.

Awards were given to the following Recruits: 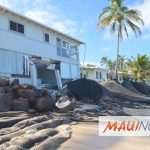 Impacts of Sea Level Rise May Be Greater than Estimated 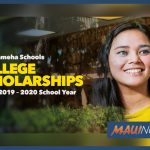