Hawai‘i Attorney General Russell Suzuki joined a coalition of 17 Attorneys General led by Pennsylvania Attorney General Josh Shapiro in filing an amicus brief to support a lawsuit by Massachusetts challenging the Trump administration’s decision to roll back a requirement under the Affordable Care Act that employers include contraceptive coverage for women in their health insurance plans.

In December 2017, Pennsylvania won a nationwide injunction from Federal Judge Wendy Beetlestone of the Eastern District of Pennsylvania in a lawsuit challenging the Administration’s actions. That ruling stopped the Trump Administration’s rules undermining the Affordable Care Act’s requirement that employers provide their employees with contraceptive coverage. The Trump administration is appealing that injunction. The Commonwealth of Massachusetts also sued the Trump Administration over its plans to change this critical rule, and the amicus brief supports Massachusetts Attorney General Maura Healey’s lawsuit.

“The Trump Administration is again trying to impose illegal rules that will threaten the rights of women to access affordable health care,” said Attorney General Suzuki.  “We will continue to oppose these attempts and will keep fighting for the basic health care rights of Hawai‘i’s women.”

The amicus brief filed with the United States Court of Appeals for the First Circuit in Boston, supports Massachusetts’ appeal to stop the federal government from implementing new rules that authorize virtually any employer with a religious or moral objection to disregard its legal obligation to provide its employees and their dependents with coverage for contraceptive care.  According to the brief, rules issued by the Trump Administration violate the Affordable Care Act, which requires insurance companies to cover preventive health care services, including contraception, with no co-pays.

As a result of the ACA, more than 55 million women in the United States have access to birth control with no out-of-pocket costs. 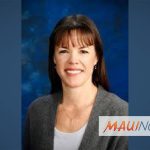 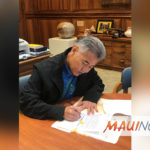