Kamehameha Schools made an agreement with the US Environmental Protection Agency to audit over 3,000 properties to close large-capacity cesspools or LCCs.

The EPA said this agreement marks a major milestone in Hawai’i’s effort to protect its natural resources. Cesspools release disease causing bacteria from untreated sewage into the ground, contaminating groundwater, streams, and the ocean, the EPA said.

The federal government banned LCCs back in 2005. Since then, the EPA said one of their main priorities is to close all LCCs. The state of Hawaiʻi has been working to close or upgrade all small-capacity cesspools by 2050.

“Healthy ‘āina is core to the foundation of Native Hawaiian cultural identity and well-being,” said Marissa Harman, KS Director of Asset Management on Hawai‘i island. “With this agreement, Kamehameha Schools acknowledges its kuleana to steward ʻāina to preserve its resiliency and ensure that future generations will continue to have a relationship with the land that makes the Native Hawaiian people who they are.”

KS is Hawai‘i’s largest private landowner, with their 3,000 properties spanning over 365,000 acres across the state.

KS is also settling an administrative action for $99,531 for a LCC at the Volcano Golf Course and Country Club on Hawaiʻi island, a property KS owns and leases to Hawaiʻi International Sporting Club, Inc. In July 2017, the lessee closed the cesspool and replaced it with an approved septic system.

Cesspools are used more in Hawaiʻi than in any other state, even though most of Hawaiʻiʻs drinking water comes from groundwater sources. In the 13 years since the federal LCC ban took effect, more than 3,400 large-capacity cesspools have been closed statewide, many through voluntary compliance. 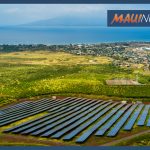 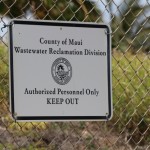