The state’s four Native Hawaiian Chambers of Commerce have entered into an alliance.

State Sen. Brickwood Galuteria made the announcement at the 12th Annual Hui Holomua Business Fest presented by the Maui Native Hawaiian Chamber of Commerce (MNHCoC) in Waikapū on Maui on Oct. 17.

The four NHCC presidents spoke together publicly for the first time during a panel discussion about the Business of Food as part of the conference program.

“I’ve been encouraging them to join efforts for quite a while,” explained Galuteria. “So to see them seated on the stage together is a truly historic moment.”

In late September, at the invitation of Oʻahu’s NHCoC, representatives of the four organizations met in Honolulu for an exploratory meeting. The half-day summit was facilitated by Fernandez and Kumu Ramsay Taum of LEI of the Pacific, LLC. As a result of that meeting, all four chambers agreed to adopt the Aloha Spirit Law (HRS §5-7.5) as their collective code of conduct.

During their Maui panel presentation, the four presidents discussed how their differences are actually strengths. “Each Hawaiian chamber strives to assist Hawaiian-owned and managed businesses,” said NHCoC President Joseph Lapilio. “But as Hawaiians, we also care about the ʻāina and the lāhui as much as economic success.”

“Each island chamber has its own issues, but we all share the same desire: to make sure Hawaiians can afford to stay in Hawaiʻi, not just to survive, but to thrive,” said Kaohehauliʻi.

Richard Ha, acting president of the developing HNCoC, believes the new alliance will broaden discussions about Hawaiian issues throughout the state.

“Sometimes people think the loudest voices represent the majority, when in fact there are more thoughtful, but softer, voices that should be heard as well,” Ha said. “We can help to amplify their voice.”

“The state’s political leadership and corporate offices are in Honolulu, so the Oʻahu folks can share that perspective with us,” Gorman said. “The Neighbor Island chambers bring deep relationships with educational, cultural, and community organizations. Together we can be a force for good for Native Hawaiians and everyone else who calls Hawaiʻi home.” 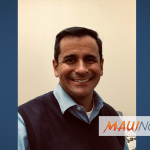 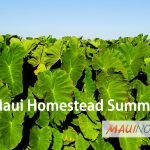