A 46-year-old man from Kailua-Kona on Hawaiʻi Island was sentenced to more than 24 years in prison for the production of child pornography of two minor females.

Michael Philip Patrakis was also ordered to forfeit numerous electronic devices, pay a $10,000 assessment under the Justice of Victims of Trafficking Act, serve 20 years of supervised release and will be required to register as a sex offender.

Justice officials say the 15 year-old girl and her two year old daughter were the subject of the visual depictions. The teen girl was renting a room in the man’s home at the time and the toddler was under Patrakis’ custody when the teen worked or left the residence.

At the sentencing, US District Judge Leslie E. Kobayahsi noted that Patrakis’ actions caused “incalculable harm” and hopes the sentence acts as a “deterrence to others.”

“Our Office is committed to aggressively prosecuting those who sexually exploit our young people,” said US Attorney Kenji M. Price. “Defendant Patrakis preyed on the vulnerabilities of these two minor females. With the collaboration of our local, state, and federal law enforcement, the apprehension and prosecution of Patrakis put an end to the abuse. While his abhorrent actions cannot be undone, today’s sentence reflects the message that predators will be held accountable in our community.”

“As this sentencing makes unmistakably clear, child sex predators will receive the justice they are due for their despicable actions,” said Frank Cabaddu, acting Special Agent in Charge for Homeland Security Investigations Honolulu. “HSI will continue to work tirelessly to ensure child predators and sex traffickers receive the justice they deserve. We owe it to the young victims in these cases, who will carry the emotional and physical scars of these crimes for the rest of their lives.”

The case was investigated by the Hawaiʻi Police Department and HSI, and prosecuted by Assistant US Attorney Darren W.K. Ching with the assistance of the Hawaiʻi County Prosecuting Attorney’s Office. This case was brought as part of Project Safe Childhood, a nationwide initiative to combat the growing epidemic of child exploitation and abuse launched in May 2006 by the Department of Justice. 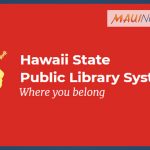