The Hawaiʻi Intermediate Court of Appeals on Thursday vacated an obstruction conviction by a Maui jury of a native Hawaiian who was protesting the construction of the Daniel K Inouye Solar Telescope atop Haleakalā in August 2015.

The appeals court vacated Honokōhau taro farmer Keith Kauhane’s conviction and had the case remanded for a new trial.

According to court documents, the Intermediate Court of Appeals held that “because there is some evidence to support Kauhane’s assertion that he did not hear an order to leave the roadway, the circuit court plainly erred in not instructing the jury regarding the mitigating defense. Based upon our independent review of this issue, we agree with Kauhane and the concession by the State.”

On Aug. 20, 2015, numerous individuals engaged in the demonstration, organized by Kākoʻo Haleakalā, against the continued construction of the DKIST atop Haleakalā citing a range of issues including the perpetuation and protection of a place they consider sacred.

Telescope advocates had said that once construction is complete, the DKIST will be the world’s largest ground-based solar telescope and will offer scientists unprecedented high-resolution images of the sun using the latest adaptive optics technology and distortion-free imaging.

According to information provided by the defense, at about mile marker two on Crater Road, a convoy of wide-load trucks carrying DKIST construction materials encountered a number of demonstrators standing shoulder to shoulder blocking the road, forcing the convoy to stop.

Defense attorneys further contend that after Maui Police Department Specialized Emergency Enforcement Detail team got into formation and approached the protesters, many of them dispersed after being ordered to move off of the roadway.  “However, seven individuals, including Kauhane, remained seated in the middle of the roadway with some linking arms,” according to Kauhane’s attorney.

MPD arrested and charged these several individuals, including Kauhane, who was charged with Failure to Disperse, Obstructing and Disorderly Conduct.

Unlike the others, Kauhane opted to have a jury decide whether the government could prove his guilt beyond a reasonable doubt. On June 29, 2016, the jury acquitted him of Failure to Disperse and Disorderly Conduct, but convicted him of Obstructing.

Kauhane raised four issues on appeal, but only one resulted in vacating his conviction and remanding for a new trial.

Matthew Padgett, the court-appointed attorney who handled the trial, responded to the news saying, “I am happy for my client who had the courage to stand up for what he believed and the faith to trust a jury of his peers.”

Kauhane welcomed the opinion as well, saying that he is looking forward to having his case tried again.

Hayden Aluli, who handled Kauhane’s appeal, said, “While I am happy with the outcome and my client getting a new trial, the ICA’s analysis of some of the issues may need further review by the Hawaiʻi Supreme Court.” 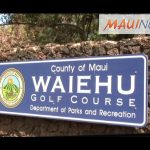 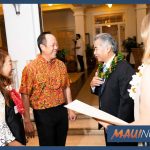