Phone scammers kicked into high gear this week, targeting Hawaiian Electric Companies’ customers including small businesses and even some churches.

Hawaiian Electric, Maui Electric and Hawaiʿi Electric Light are warning customers to “Just Hang Up” on scammers who tend to be more active during the holiday season.

Maui Electric and Hawaiʿi Electric Light have reported about 20 scam calls each this year.  These are only the calls reported to the utilities.  The actual numbers are known to be much higher.

Five Oʿahu churches received calls over two days from scammers who threatened to disconnect service unless payment was made. No money was exchanged and Trinity United Methodist Church was among the targets.

“Someone called and said that they were on their way to turn off our electricity since we hadn’t paid since August – it was almost a $1,000,” said Senior Pastor Amy Wake, who noted it was alarming because the church depends on electricity to run their preschool and other programs.

“They said that we had to go down to (a drug store) and get a money pack. That’s what alerted us that this was a problem. We said, ‘Is this a scam?’” Wake said they hung up and called Hawaiian Electric to confirm the church had no balance.  “To think that they’re targeting churches is really disappointing,” Wake said. “We are trying our best to do good in the world.”

The company advises customers to be alert and recognize scams, especially when criminals threaten to disconnect service unless a payment is made.

The companies offer the following tips: 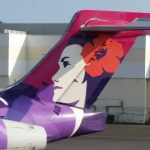 Hawaiian Airlines to Open IT Center in Arizona 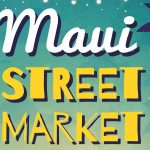