US Senator Mazie K. Hirono (D-Hawaii) voted today to pass a resolution to end US involvement in the Saudi-led war in Yemen.

“The humanitarian crisis in Yemen continues unabated. But today, a bipartisan majority in the Senate voted to end US military support that enables Saudi Arabia to continue its devastating war in Yemen and condemn Saudi Arabia’s role in the death of Jamal Khashoggi.

“The message we sent was clear—American values of human rights and press freedom are not for sale. Not for ‘billions’ in arms sales and not for unsubstantiated promises of ‘over a million US jobs.’ Today we stood up against the President’s abhorrent policies, and while I am disappointed that the House will not consider this resolution, our fight is far from over. We will continue our efforts to shift course and focus US leadership and resources on diplomacy to end this humanitarian crisis by achieving a lasting ceasefire and peaceful resolution to the conflict in Yemen.”

In a Dec. 7, 2018 letter from the President to the Speaker of the House of Representatives and the President Pro Tempore of the Senate, President Donald Trump provided the following update on the situation in Yemen: 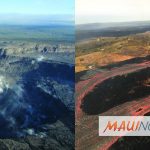 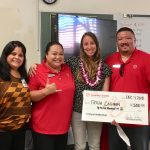