As of 5:30 p.m., the 75-acre fire at Olowalu is now considered 80% contained as crews have made excellent progress securing the fire’s perimeter, according to Maui Fire Services Chief Rylan Yatsushiro.

There are still no threat to any structures at this time and no injuries to report.

At approximately 2 a.m. this morning (Saturday, Jan. 5, 2019), a fire was reported in Olowalu; above the area of the paintball field and tomato farm. Upon arrival, the first companies on scene reported a brush fire approximately 1-2 acres in size and growing rapidly due to high winds. Crews began firefighting efforts as more resources were brought on scene to help control the spread of this fire.

There are 40 MFD firefighters engaging this fire; which also include emergency callback crews. Air 1 and Air 2 are providing water drops by air. MFD is also being assisted by personnel and equipment from the State of Hawaii Dept of Forestry and Wildlife, County of Maui Dept of Public Works, West Maui Land Co, and Goodfellow Bros.

Currently, the fire is approximately 75 acres and considered 50% contained. There are no evacuations in effect as no structures are threatened at this time. Also, there are no reported injuries or damage to property.
Crews will continue firefighting efforts throughout the day and work to fortify the perimeter of this fire. Updates will be provided as they become available.

We have reports of a brush fire on the Olowalu hillside. Residents of the area say that as of 6:40 a.m., there were no evacuations yet for the Olowalu Makua development. 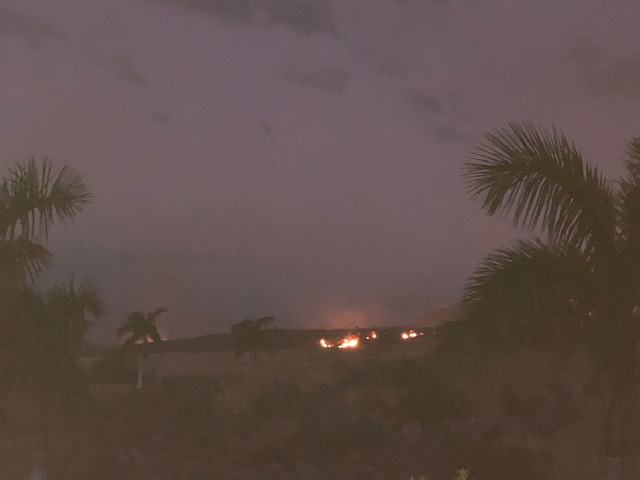 Maui police say the fire is located above the highway near Leoda’s Restaurant. There is some smoke so motorists are advised to drive with caution. Also, the Olowalu Dump will be temporarily closed due to the fire. 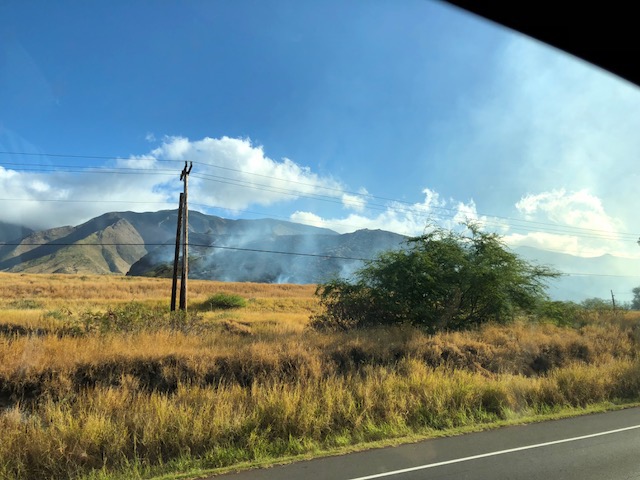 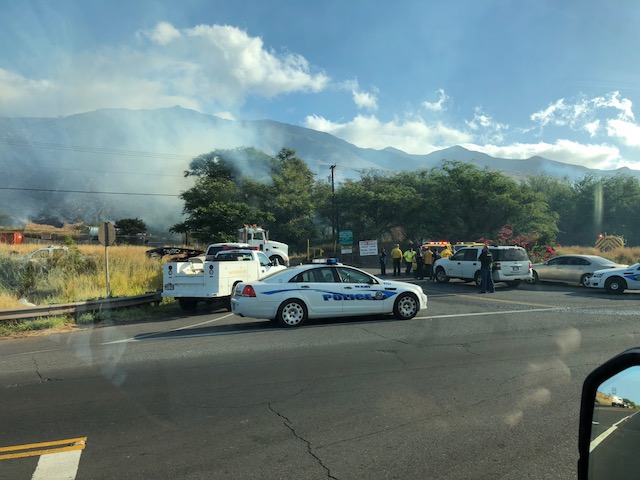 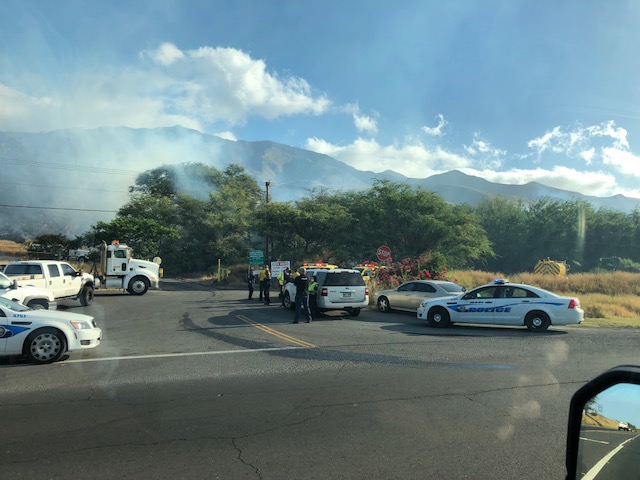 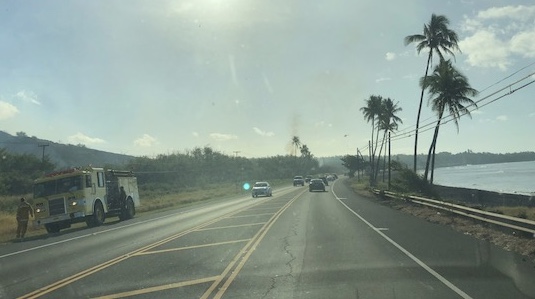 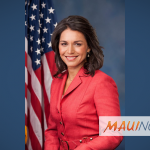 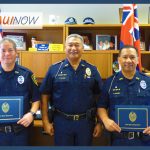