A 200-acre brush fire in Wailea was 80% contained as of Monday afternoon, county officials said.

Maui County Mayor Michael Victorino inspected the scene on Monday saying, “The Maui Fire Department made significant progress in fighting this wildfire.  Today, firefighters continued putting out hot spots and getting water on the perimeter of the fire. Bulldozers worked at widening existing firebreaks.”

“Firefighters will not call the blaze 100 percent contained until they are 100 percent certain flames won’t jump firebreaks,” said Mayor Victorino. 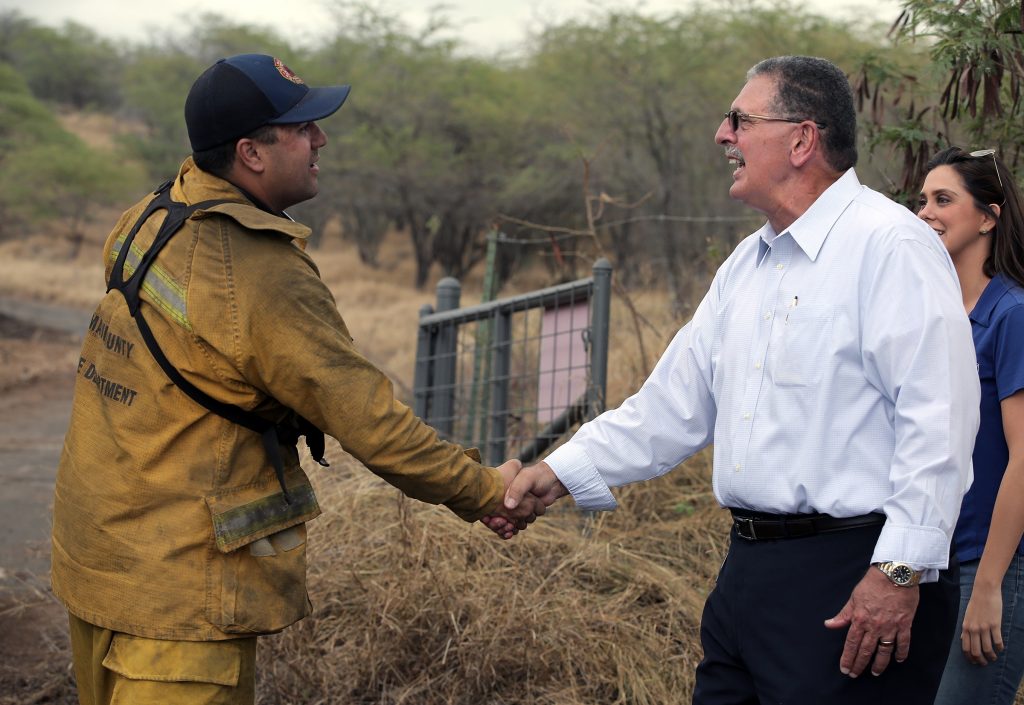 The fire resulted in area evacuations Sunday night, Jan. 6, 2019, and forced the evacuation of residents and guests of The Hotel Wailea and the nearby Wailea Fairway Villas.

Maui police reported that as many as 35 people were evacuated and took emergency shelter at the Kīhei Community Center, which opened for evacuees as of 9:30 p.m. on Sunday, and closed on Monday morning.

No injuries or property damage were reported. The cause of the fire remained under investigation.

“Thank God no one was injured,” Mayor Victorino said as he met with Maui firefighters and viewed the charred South Maui landscape Monday afternoon. He thanked Red Cross volunteers, first responders, police, hotel security, Public Works employees and personnel with Goodfellow Bros. for the use of their water takers and bulldozers.

Fire officials said conditions at the fire scene Sunday night were “very challenging,” with swirling winds estimated to have been blowing from 15 to 20 mph. 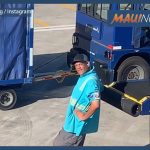 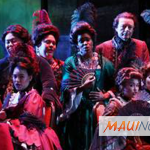