Bipartisan legislation was introduced this week to evaluate the exposure of US servicemembers to open burn pits and toxic airborne chemicals.

Congresswoman Gabbard, who is the founder and Co-Chair of the Post-9/11 Veterans Caucus said, “Over 165,000 veterans have registered their names in the Burn Pit Registry, something that’s voluntary, but there are millions of our troops who have been exposed to these toxic burn pits during their deployment.” She continued saying, “So far, our government has failed to fulfill its responsibility to them, and to recognize the toxins they have been exposed to — just like what happened to our Vietnam veterans decades ago when our government ignored their exposure and the ensuing illnesses that came from Agent Orange.”

The Burn Pits Accountability Act would evaluate the exposure of US servicemembers and veterans to open burn pits and toxic airborne chemicals by:

Below is a video of the comments Rep. Tulsi Gabbard made in Congress: 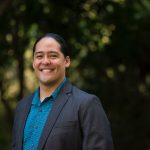