President Donald Trump delivered remarks today saying he has reached a deal to fund the government for three weeks until Feb. 15, 2019.

“As everyone knows, I have a very powerful alternative, but I didn’t want to use it at this time.  Hopefully it will be unnecessary,” said President Trump.

In his address, President Trump thanked federal workers saying, they have “shown such extraordinary devotion in the face of this recent hardship. You are fantastic people. You are incredible patriots… Not only did you not complain, but in many cases, you encouraged me to keep going because you care so much about our country and about its border security.”

“I will make sure that all employees receive their back pay very quickly, or as soon as possible,” said President Trump.  “It will happen fast.”

President Trump said he is asking United States Senate Majority Leader Mitch McConnell to put this proposal on the floor immediately.  “After 36 days of spirited debate and dialogue, I have seen and heard from enough Democrats and Republicans that they are willing to put partisanship aside (I think) and put the security of the American people first,” said President Trump.  “I do believe that they are going to do that.  They have said they are for complete border security, and they have finally and fully acknowledged that having barriers, fences or walls or whatever you want to call it, will be an important part of the solution.”

According to President Trump, a bi-partisan conference committee of House and Senate lawmakers and leaders will begin reviewing the requests of Homeland security and law enforcement experts.

Based on operational guidance from experts in the field, they will put together a homeland security package for the President to sign into law.

“Over the next 21 days, I expect both Democrats and Republicans will operate in good faith.  This is an opportunity for all parties to work together for the benefit of our whole beautiful, wonderful nation. If we make a fair deal, the American people will be proud of their government for proving that we can put country before party.  We can show all Americans and people all around the world that both political parties are united when it comes to protecting our country and our people,” said President Trump.

“Walls should not be controversial.  Our country has built 654 miles of barrier over the last 15 years, and every career border patrol agent I have spoken with has told me that walls work. They do work. No matter where you go, they work.  Israel built a wall, 99.9% successful. It won’t be any different for us.  They keep criminals out.  They save good people from attempting a very dangerous journey from other countries, thousands of miles, because they think they have a glimmer of hope coming through.  With a wall, they don’t have that hope. They keep drugs out and they dramatically increase efficiency by allowing us to patrol far larger areas with far fewer people.  It’s just common sense.  Walls work,” said President Trump.

“Again, I will use the powers afforded to me under the laws and the constitution of the United States to address this emergency.  We will have great security,” said President Trump as he concluded his address.

Meantime, US Senator Mazie Hirono released a statement in response to President Trump’s announcement, calling it “welcome,” but “temporary.”  The complete text of her comments are posted below:

“Today’s announcement is a welcome, albeit temporary, end to this unnecessary, unconscionable Trump shutdown.

“Over the past 35 days, Donald Trump took hundreds of thousands of federal workers and contractors, and indeed the entire country, hostage – all because of his obsession with building his vanity wall. It was telling that even in announcing an end to the shutdown, Donald Trump resorted to lies and distortions to justify his vanity wall in anticipation of negotiations over the next three weeks.

“While the debate continues on border security, we need to pass a bill to fully fund all government operations through the end of the fiscal year. Come February 15th, there cannot be another government shutdown.

“Donald Trump has proven time and again that his word is no good and he changes his mind on a whim. It’s up to Congress to step up to its responsibility as a separate branch of government, do its job, and keep the government open.”

US Senator Brian Schatz also commented with the following statement:

“I want to express my sympathy and my solidarity with all of the workers in Hawai‘i who had to go through this experience. A huge thank you must also go to Hawai‘i’s banks, credit unions, utilities, and non-profits that stepped up to help federal workers in our state. Shutdowns don’t work, and I’m hopeful that everyone has learned this lesson for the last time.” 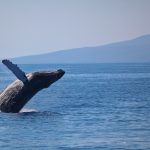 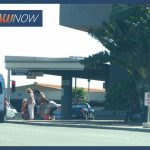